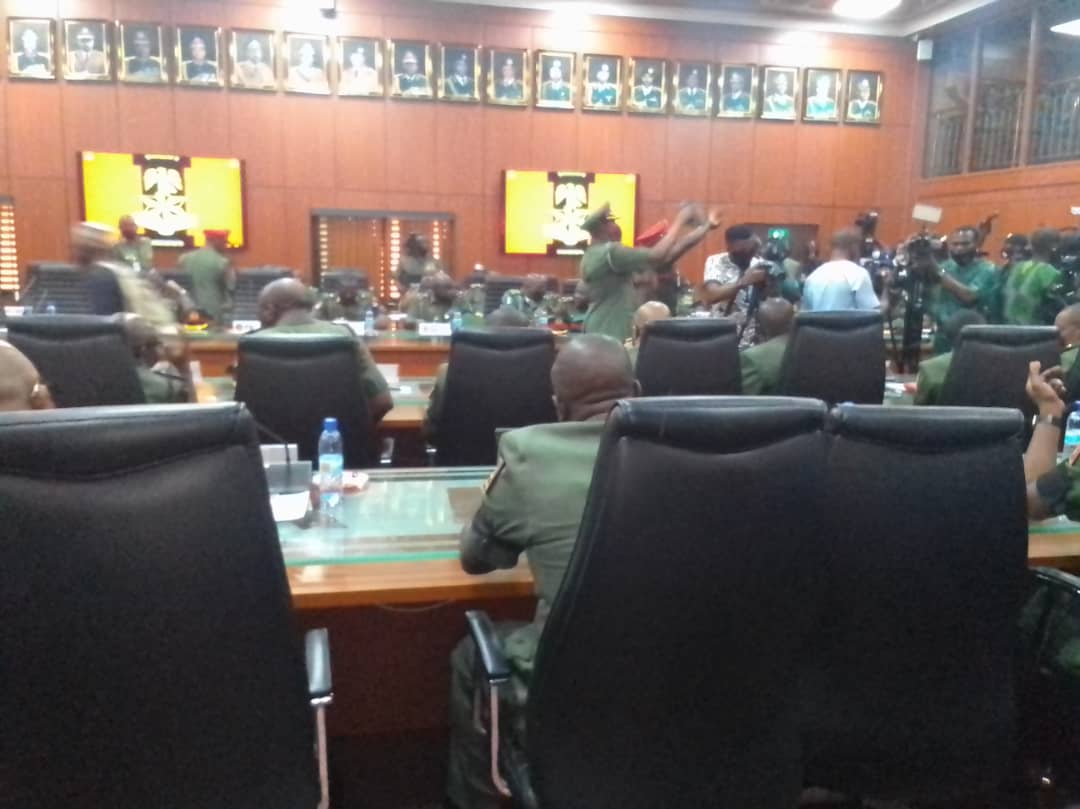 The newly appointed Chief of Army Staff, Major General Yahaya Farouq has taken over the helm of affairs at the Army Headquarters

The taking over parade took place at the Army Headquarters, Abuja on Friday.

After inspection of the quarter guard by the new COAS, senior officers at the Headquarters escorted him to the conference hall for the official handing over ceremony.

After observing a one-minute silence for the deceased COAS, the meeting entered into a closed-door meeting and journalists were asked to leave the conference hall.

The new COAS after the closed-door meeting with senior military officers left for the Ministry of Defence without briefing journalists.

Many journalists at the event expressed disappointment that the new Chief of Army Staff did not brief the press.

SAVE OUR SOCIETY BEFORE IT BLEEDS TO DEATH, CSOs CRYOUT