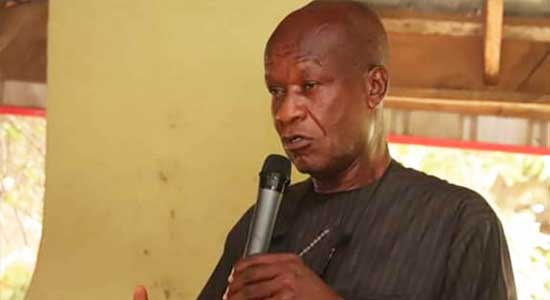 NEWS
The Former Commissioner of Police who served in Benue, Ekiti, and Kogi states, CP Ibezimako Aghanya says that functional state police in Nigeria will be anti-Igbo people.
Ibezimako Ahganya made the statement at the Senate’s Public hearing on the Review of the 1999 constitution for the Southeast Zone, holding in Enugu state, Nigeria.
Ibezimako listed many fears, deficiencies, and pitfalls that could mare the success of State police in Nigeria.
He noted that they should be a security council at the local government and state local government levels
He warned that state police would pave way for the creation of sharia police in the Northern Parts of the country, such as Kano state.
In his words “In a multicultural society like Nigeria, with religious bigotry; state police will give the core northern states opportunity to create sharia criminal law, sharia police, and sharia judges And what will happen to the Christians there?’
“He noted that it can lead to interstate crises, and two states with boundary dispute like Enugu and Anambra can descend into arms conflicts with their states police if not well managed. If we have thirty-six state police, it will not function. They ha not solved boundary issues an Anambra man will join his people and fight” he added.
He noted that an average Igbo businessman or traveler would be subjected to unnecessary checks and called for adequate checks and balances before we can think about introducing state police.
“State Police is Anti Igbo, that’s my conclusion: unless they address the negative aspects; otherwise Igbo people will suffer” he added.
He recalled how police recruitment was changed from equality of states to the number of Local Governments which now shortchanged some of the states with lesser numbers of Local Government authorities.
He compared Nigeria police with that of the United States of America revealed that Nigeria has two moribund Helicopters. He called for a change on how the inspector General of Police should be appointed and sacked.
It is worthy of mention that the former commissioner of police,    CPO Ibezimako was the only voice at the public hearing to draw the attention of the masses on the dangers of state police which includes abuses and poor funding
Share this story