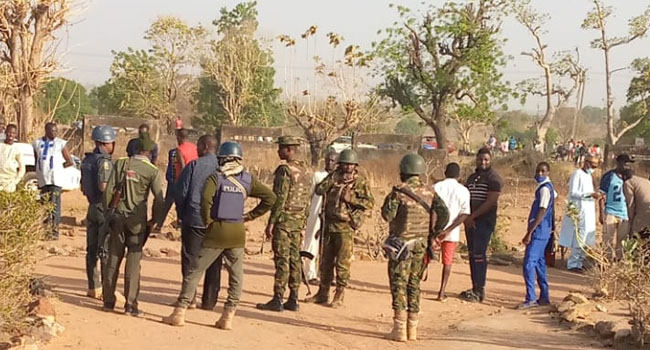 The names of students and teachers abducted at the Government Science College, Kagara, Niger State have been released.

No fewer than 42 people, including 27 students, were kidnapped when bandits attacked the school Tuesday night.

The Niger Commissioner of Information and Strategy, Muhammad Idris, who made this known, also said the whereabouts of three teachers are unknown.

According to him, 12 family members of the teachers were also abducted during the attack.

Idris added that one student, whose identity is yet to be given, was killed.

The names of the abducted teachers are Hannatu Philip, Lawal Abdullahi and Dodo Fodio while the non-teaching staff are Mohammed Musa and Faiza Mohammed.

The student shot and killed by the bandits in the school premises was identified as Benjamin Habila.

Meanwhile, the state Governor, Abubakar Sani Bello, after a security meeting in Minna, the state capital, ordered the immediate closure of boarding schools in four local government areas of the state, which had witnessed increased kidnappings.

Bello said the action was necessary to save lives of the students as the areas had already been taken over by bandits.

The governor appealed to President Muhammadu Buhari, to deploy necessary mechanism in flushing out the bandits.

He ruled out payment of a ransom to free the abducted students and workers, saying the state government adopted the policy to discourage the kidnappers from using the proceeds of their crime to purchase more weapons.

Also on Wednesday, the governor met with a Kaduna-based cleric, Sheikh Ahmad Gumi, at the Government House, Minna.

Medical doctor, 17 others in EFCC net over Internet fraud