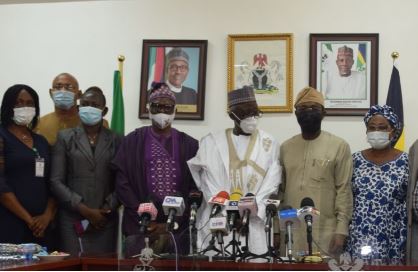 Police Minister, Muhammad Dingyadi called the body a “permanent structure” that will give Nigerians the opportunity to channel their grievances on the misconduct of police personnel.

Addressing the team, the minister said President Muhammadu Buhari approved the formation to perform PPCC oversight functions on the activities of police personnel and their interaction with the public.

The minister added that PPCC will have a sub-committee to be known as the Special Investigation Unit (SIU), a division of professionals.

He admitted that most complaints lodged at police stations and commands did not produce the desired solutions for aggrieved Nigerians.

“Once the PPCC becomes operational, I will expect it to swing into action by embarking on wide sensitization campaigns to enable Nigerians be aware of its existence.”

Dingyadi urged the committee to decentralize its structure to ensure that Nigerians have easy access at all Local Government headquarters.

Earlier, the Permanent Secretary, Temitope Fashedemi, described the PPCC as an additional layer for the protection of people’s rights whenever there seems to be an infringement or abuse of power by police officers.