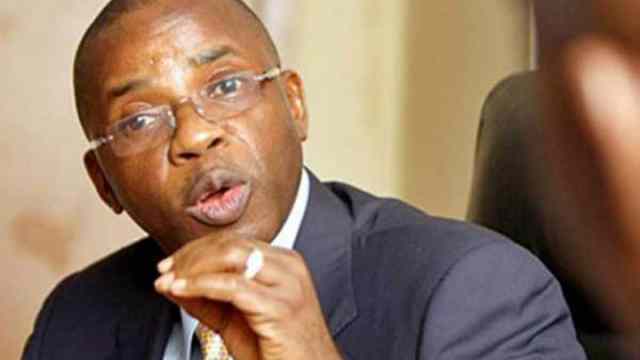 In January, the apex Igbo organization broke into two after separate elections were held in Imo.

The one conducted by Ozobu produced Ibeh, a former Commissioner in Imo, while the other produced George Obiozor as President-Generals.

Okwukwu and Isiguzoro emerged Deputy President-General and Secretary-General of the Ibeh faction.

But Obiozor, who was declared the winner at the Dan Anyiam Stadium, is widely regarded as the authentic leader.

“I have little doubt that his election is well-deserved and will serve not only the interest of Ndigbo but also that of his fatherland”, Buhari said.

Barrister Aloy Ejimakor filed the originating suit on behalf of the plaintiff, Ohakim. The ex-governor is seeking an order to commit the respondents to prison for “having disobeyed the order of this court made on the 5th day of January 2021”.

The accompanying motion said Ozobu, Ibeh, Okwukwu and Isiguzoro disobeyed the court and that by parading themselves as officers of Ohanaeze and shutting the group’s secretariat, the respondents had committed contempt of court.

In the supporting affidavit, Ohakim said he had taken out Form 48 (Notice of Consequence of disobedience of court order) on March 8, 2021, against the respondents/contemnors, warning them to retrace their steps, which was served on them by the bailiff on March 9, 2021.

He said in ignoring the court Ozobu, Ibeh, Okwukwu and Isiguzoro are indirectly saying that the “court lacks the powers to restrain them from continuing on this part of disobedience of the said order of this court, thus necessitating this application.”

Ohakim said in the interest of justice the court should grant this application to commit the respondents to prison for contempt “as it furthers the overall integrity of orders of court and respect for the judiciary.”

The matter is set for hearing on May 5, 2021. Ejimakor confirmed that the contemnors have been served by substituted means, including by publication in a national newspaper.