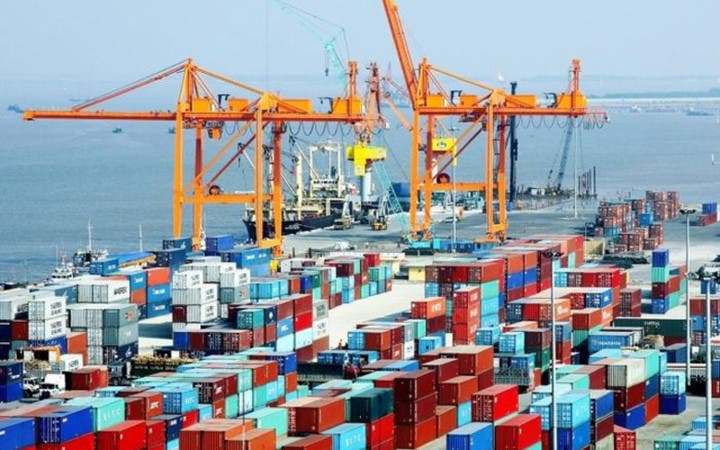 Four years ago when Vice President Yemi Osinbajo, signed the Executive Order for 24-hour operations at the Apapa port and banned touting by officials or unofficial persons at any port; be it air, land and seaports in the country, it was with the intention to enhance trade facilitation.

He had directed all the government agencies, present at Nigerian Ports, to harmonise their operations in 60 days, into one single interface station domiciled in one location in the port implemented by a single joint task force at all times, without prejudice to necessary backend procedures.

The new single interface station at each port, the order stipulates, “shall capture, track and record information on all goods arriving and departing from Nigeria and remit captured information to the head of the MDA and the head of the National Bureau of Statistics (NBS) on a weekly basis.’’

Following the Order, some government agencies were sent packing from the ports.  Today, however, most of them are back to the ports to continue with physical examination of cargoes.

This means that there is a total lack of compliance with Osinbajo’s directive and executive order.

However, four years after, 24-hour port operation has remained a daydream largely because of lack of political will and a constellation of factors, which border on the superficial to the complex.

Daily Sun learnt that between 2017 and 2020, Nigeria lost over N38.4 trillion due to the lack of 24-hour port operations. This means, port economy loses about N9.6 trillion annually, N800 billion monthly and N200 billion weekly.

Around the World, every serious maritime nation that has been operating 24 hours port operations have been reaping the effects and benefits.

For instance, Port of Antwerp, in Belgium, Port of Jebel Ali, also known as Mina Jebel Ali, located in Jebel Ali, Dubai, United Arab Emirates, Durban Port in South Africa, the second-largest container port in Africa after Port Said in Egypt; all have one thing in common: they run 24-hour operations efficiently and these made these ports efficient and competitive.

However, stakeholders who spoke with Daily Sun identified some factors, such as gridlock, poor access network, lack of scanning machine, data processing, security and safety of lives and power supply as the major obstacle why Nigeria cannot achieve 24-hour port operations.

Due to this menace, a lot of importers have lost their supplying contract agreements because they could not meet up their supply agreement supply. The reason is that their goods stay longer in the ports due to bottlenecks at the ports such as manual examination, traffic jam, unavailability of trucks to load their containers among others.

Speaking with Daily Sun, the National Vice President, the Chairman of the Association of Nigeria Licensed Customs Agents (ANCLA), Kayode Farinto, said stakeholders especially the Customs licensed agents have been clamouring for 24-hour delivery at the port, which is not possible and available due to gridlock, poor access roads and some other factors.

According to him, it is possible that Nigeria is losing over N9.6 trillion annually due to the absence of 24-hour delivery of cargo at the nation’s ports, adding that scanners contribute about 20 per cent to the problem of 24-hour port operations.

He said If there are scanners, people will be able to scan their consignments as soon as they are delivered from the vessel, saying that availability of scanning machines would also increase the rate of delivery at the port.

“So lack of scanning machine contribute 20 per cent to that problem and issues of Customs’ modus operandi contribute about 50 per cent. So the losses will be up to that N9.6 trillion annually as it been said,” Farinto noted.

The government has good intention when it gave the directive for the resumption of 24- hour port operations.

He said Osibanjo came to give Executive Order that certain government agencies should leave the port, some left after a while, they came back, which means the presidential order was not obeyed.

He said lack of scanning machine at the ports of one of the reasons why there is no 24-hour port operations and cargo delivery at the ports.

“How many days will take you to do physical examination on 400 containers. So by all means, the owner of the containers is not the only person at the port. So already, there is a bottleneck,” he added.

According to him, vessels do come into the nation’s ports almost every day to discharge their containers and If they cannot release and move a minimum of 1000 containers in a day especially at the Apapa port, it means there will be backlog and congestion. He added that Apapa Customs Command cannot exit more than 300 containers a day because of the traffic gridlock, and there are no sufficient trucks at the terminals to load the containers.

“It is not easy for us to achieve 24-hour port clearance of cargo because the problems are huge. I think it is overwhelming the government agencies. We cannot even clear within 48 hours. The 24-hour is achievable if the platform is normal. Right now, everybody is operating abnormal situation.

“Even the terminal are overstretched not to talk of the importers. The importers are now developing high blood pressure because they can’t get their goods out of the port. They are now losing supply contracts. If you have supply contacts for two months and four months, the goods are still at the Ports, won’t you lose that supplying contract? If you lose the contract, where are you going to sell the goods?” he added.

He said the government should put import adjustment policy in place and everybody must obey them strictly.