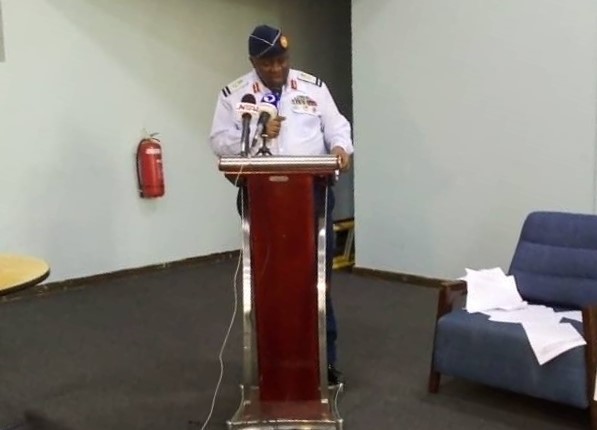 The Director Nigerian Air Force, Public Relations and Information, Air Commodore Edward Gabkwet said for the Nigerian Armed forces to get rid of insecurity in the country, they need support from ordinary Nigerians to provide necessary information to help in fighting the terrorists.

Gabkwet made the statement in Abuja on Thursday at the Nigerian Broadcasting Commission (NBC) meetings with CEO of Stations, while discussing the “Implications of Broadcast Coverage on National Security”.

According to Gabkwet, many Nigerians are afraid to speak out by providing relevant information to the security personnel to fight and win the war against insecurity in Nigeria.

Gabkwet said some media stations always try to be the first to break news in the country, which has national security implications on security personnel, urging media to avoid sensational headlines that give undue publicity to terrorist and bandits activities which undermine national security, adding that Nigeria is our only country and we shouldn’t allow fake news to kill the country.

He added that misinforming Nigerians will reduce the morale of personnel who are trying their best to protect the citizens and sometimes pay the supreme price.

Also speaking at the Conference, the Nigerian Police Force, Public Relation Officer, CP Frank Mba, said security agencies cannot do anything without the support of the media, as both play watchdog roles in the society.

According to Mba, he said media reportage should not be in negative passion in reporting rape, crisis as there is a need to protect the confidentiality of the victim in the case of rape. He added that conflict operations where the police or army suffers large casualties deepens the morale of the troops.

He urged the media to disengage in deliberate falsehood, fake news and misinformation from the media to the public.