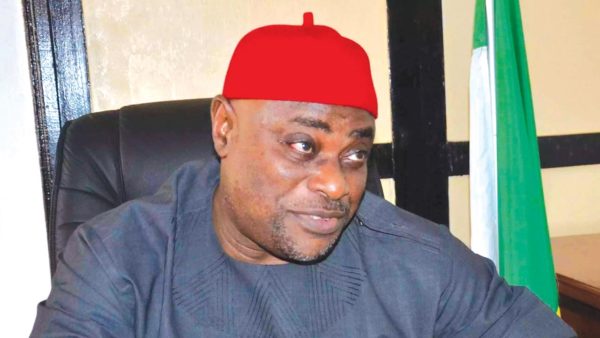 Following the victory of the just concluded Anambra governorship election, the National Chairman, All Progressive Grand Alliance (APGA) Victor Oye, said no amount of money can make the people of Anambra State to sell their vote instead they will vote for the candidate of their choice.

The National Chairman made the statement on Wednesday while featuring on Arise TV, where he said some parties went ahead buying vote by sharing money to the people of Anambra. He added that people of Anambra knows what is best and suitable for them.
Oye commended the Independent Electoral Commission, INEC for conducting credible, free and fair election in Anambra State. He urged the fellow contestants to Join hands with Soludo in moving Anambra State to the choice of their dream.
According to him, the people of Anambra should expect the best from Soludo. He added that since emergence of APGA into power in Anambra state in 2006, all Civil servants in Anambra State are promptly paid their monthly salaries.
In other development, the Anambra State Governor-elect, Professor Charles Soludo has dedicated his Victory to the slain officers and prayed for the souls of the officers to continue to rest with the Lord. He further praised the Federal Government for allowing the people of Anambra state to make their choices during the election.