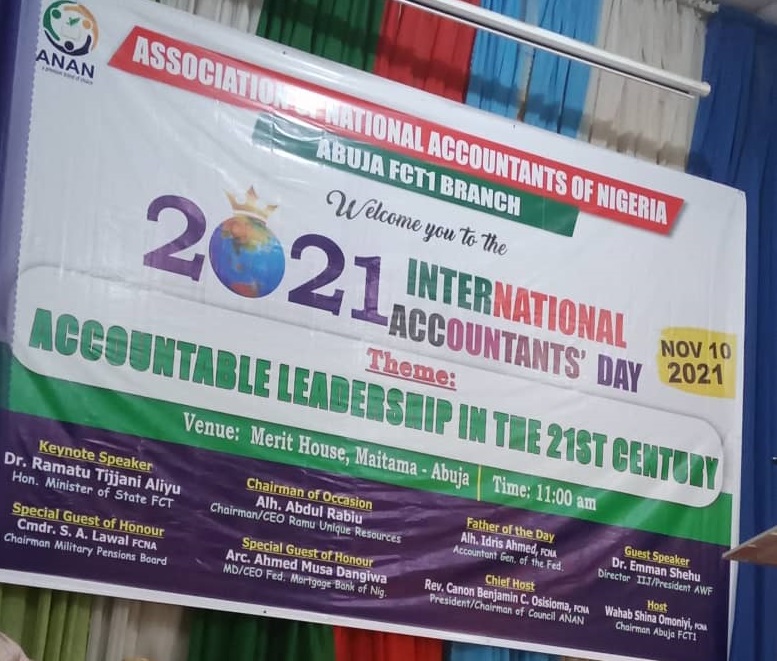 The Association of National Accountants of Nigeria says Nigeria’s greatest challenge is accountability in leadership, adding that it has hindered full development in the country.

The Chairman of the association, Abuja chapter, Wahab Omoniyi, who stated this at the 2021 International Accountants’ day held in Abuja on Wednesday, said the association was making efforts to inculcate the values and attributes of accountability to young Nigerians.

The Osun State Command of the Nigerian Security and Civil Defence Corps (NSCDC) has warned that it will flush out quack private security guards from the state as their activities undermines national security and drains the economy of licensed private guard companies.

The Osun State Commandant of the corps Emmanuel Ocheja stated this during the training exercise organised for private guards’ companies operating in the state.

Ocheja noted that there was a need to bring the private guard companies up to speed as the state prepares for the 2022 gubernatorial election and the recent security challenges in the country.

He advised that guards should not be over-stretched, but should be well enumerated and their welfare be proportional to their performance, productivity and efficiency.

Special Counsel to Nnamdi Kanu, leader of the Indigenous People of Biafra, (IPOB). Aloy Ejimakor, has raised an alarm against Justice Binta Nyako of an Abuja Federal High Court.

Ejimakor accused Justice Nyako of locking Kanu’s lawyers out and refusing them entry into the courtroom.

The Department of State Services, (DSS) had barred lawyers and many traditional rulers from gaining entrance into the courtroom.

Earlier reports had indicated that in solidarity with those barred, Kanu’s lawyers vacated the courtroom to join their colleagues outside.

However, Ejimakor countered the claim, stressing that it was the judge who locked Kanu’s lawyers out of the courtroom, and arbitrarily adjourned the case till January 19, 2022.

Ejimakor vowed that Kanu’s legal team would take steps to address the issue.

The world’s largest cryptocurrency by market capitalization, Bitcoin, has surged to a fresh record high of over sixty-eight thousand dollars

The last record set by Bitcoin was in October at sixty-seven thousand dollars mark.

The cryptocurrency has continued to gain acceptance worldwide as an alternative mode of payment to fiat currency.

The Bank of New York Mellon Corp., an American investment banking services holding company, had announced that it would hold, transfer and issue Bitcoin and other cryptocurrencies for institutional customers.

Poland has detained hundreds more migrants and refugees who attempted to enter the country from Belarus overnight and deployed 3,000 extra soldiers to strengthen the border.

Polish Defence Minister Mariusz Blaszczak told Newsmen on Wednesday that it was not a calm night, as he reported many attempts to breach the Polish border.

Some tried to break through a barbed-wire fence using spades and other tools, but were repelled by Polish security forces.

Crowds of people have gathered in subzero temperatures near the Belarus-Poland frontier in recent days hoping to cross into the European Union nation, prompting flashbacks of the 2015 refugee crisis.

Barcelona new manager, Xavi Hernandez, is reportedly set to get rid of three players in the January transfer window.

The former midfield maestro was unveiled by Barcelona on Monday at Camp Nou.

The 2010 World Cup winner signed a two-and-half-year deal with Barcelona after saying his goodbyes to Qatari side, Al-Sadd.

According to reports, the three players Xavi wants Barcelona to offload are Samuel Umtiti, Luuk de Jong and Neto, as he looks to bolster his squad.

The report added Xavi has communicated his plans to sell the trio to Barcelona president Joan Laporta, hoping that their sale would create room on the wage bill to bring in a few players of his liking.

Umtiti has been pretty much out of favour since last season, De Jong was Koeman’s signing and has struggled to contribute so far in his tenure at Barcelona, while Neto has no chance of usurping goalkeeper Marc-Andre ter Stegen at Camp Nou.

Meanwhile, Xavi will now hope to lead Barcelona to victory when they take on Espanyol on November 20 after the international break.