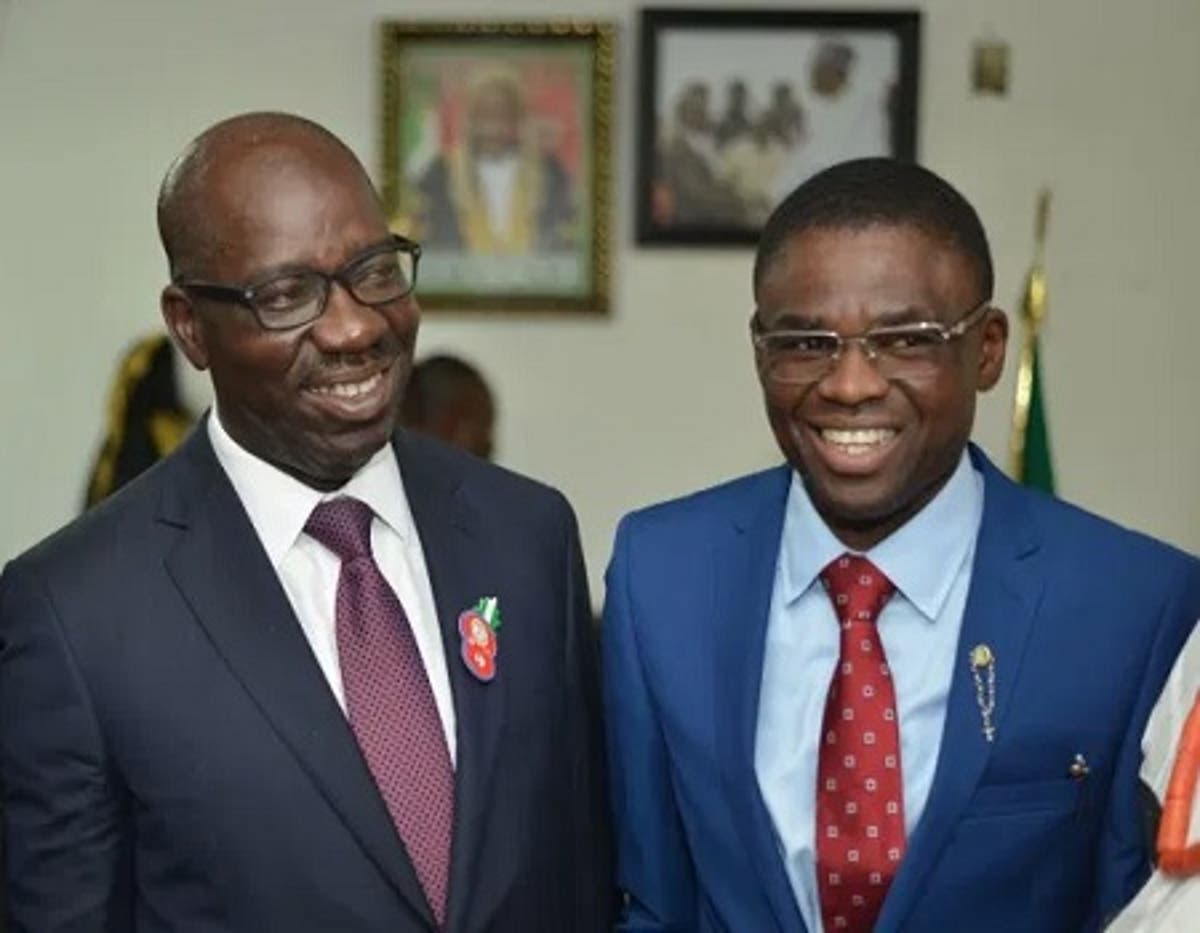 Edo State Governor, Godwin Obaseki, and his deputy, Philip Shaibu, have been sworn in for a second term in office on Thursday in Benin City, the state capital.

In attendance at the inauguration which took place at the Tennis Court of the Samuel Ogbemudia Stadium, Benin City, were governors of the Peoples Democratic Party including Nyesom Wike of Rivers State, Aminu Tambuwal of Sokoto State, Ifeanyi Okowa of Delta State, and Duoye Diri of Bayelsa State.

PDP National Chairman, Uche Secondus, was also present at the event with some other party officials while Vice President Yemi Osinbajo was represented by a government official.

Obaseki had defected to the PDP from the All Progressives Congress after he was denied the ruling party’s ticket in the primary election due to intra-party wranglings.

He later defeated the APC candidate in the September 19, 2020 governorship election, Osagie Ize-Iyamu, to be re-elected governor of the state.

Speaking at the inauguration of his second term shortly after the Chief Judge of the State-administered the Oath of Office on him and his deputy around 12 noon, Obaseki promised to consolidate on his first-term achievements.

He said, “We will also rapidly develop our critical energy, housing, digital and road Infrastructure, which provides a framework to drive inclusive growth as well as build the economy and drive industrialization, trade, and investment, to solidify our state’s status as the choice investment destination in the country.

“We will preserve the environment and public utilities, to make our state more functional and adapt to the challenges of climate change and rural-urban migration. Our major drive will be the clean and green Edo initiative and sustaining our campaign to plant trees and restore the forest.”