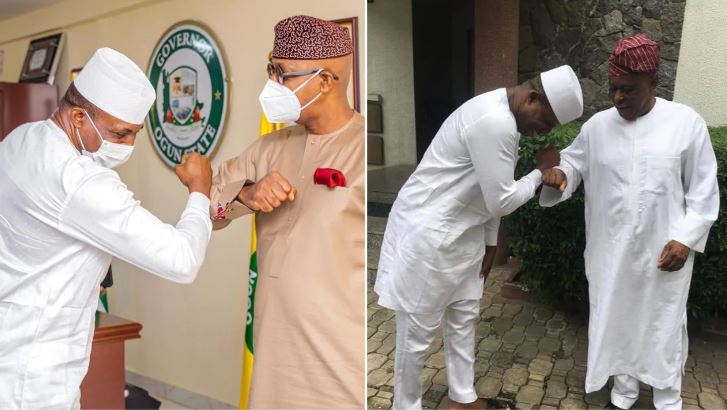 A former Speaker of the House of Representatives, Dimeji Bankole, on Thursday, met with Governor Dapo Abiodun in Abeokuta, the Ogun State capital.

Bankole, an indigene of Ogun State, was recently received into the All Progressives Congress (APC) by President Muhammadu Buhari at the Aso Rock Villa, Abuja. Details of the meetings were yet to be made public as of the time of filing this report.

Recall that Bankole was among the 61 party leaders appointed by the APC as members of the Contact/Strategy Committee.

The committee, which was inaugurated on Tuesday, is chaired by Jigawa Governor, Mohammed Badaru Abubakar.