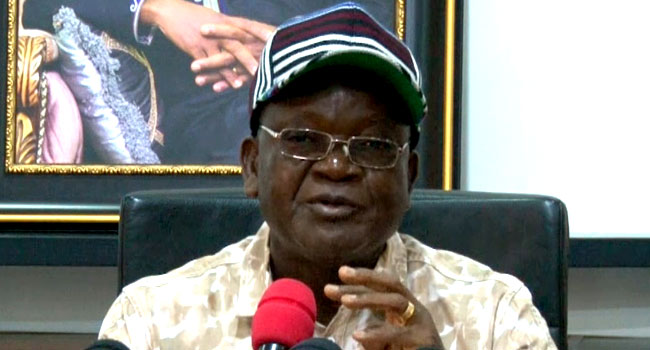 Benue State Governor, Samuel Ortom has called on Nigerians to continue to pray for President Muhammadu Buhari and other leaders in the country to enable them to provide leadership that would engender peace and unity in the country.

The Governor also solicited the support of Nigerians to cushion the effect of the humanitarian crisis in the state occasioned by the over five years stay of people in Internally Displaced Persons’ camps, IDP.

He acknowledged the support of the Church especially the Bishop of Makurdi Diocese, Wilfred Chikpa Anagbe, the Governors of Rivers, Taraba and Akwa Ibom States, donor and faith-based organisations as well as individuals to the plight of the over 1.5 million IDPs.

He noted that the humanitarian crisis has overstretched resources of the state, appealing for the intervention of good-spirited individuals, governments, corporate organizations and civil society groups in meeting the needs of the displaced people.

While describing the Speaker, Titus Uba as a humble personality under whose leadership the State Assembly has enacted people-oriented laws, the Governor described Paul Unongo as an ‘encyclopedia’ in Nigerian politics under whose tutelage he learnt a number of things about leadership.

On their part, the celebrants expressed gratitude to God for adding a year to their years, even as they also thanked the Governor and other guests for identifying with them on the auspicious occasion.