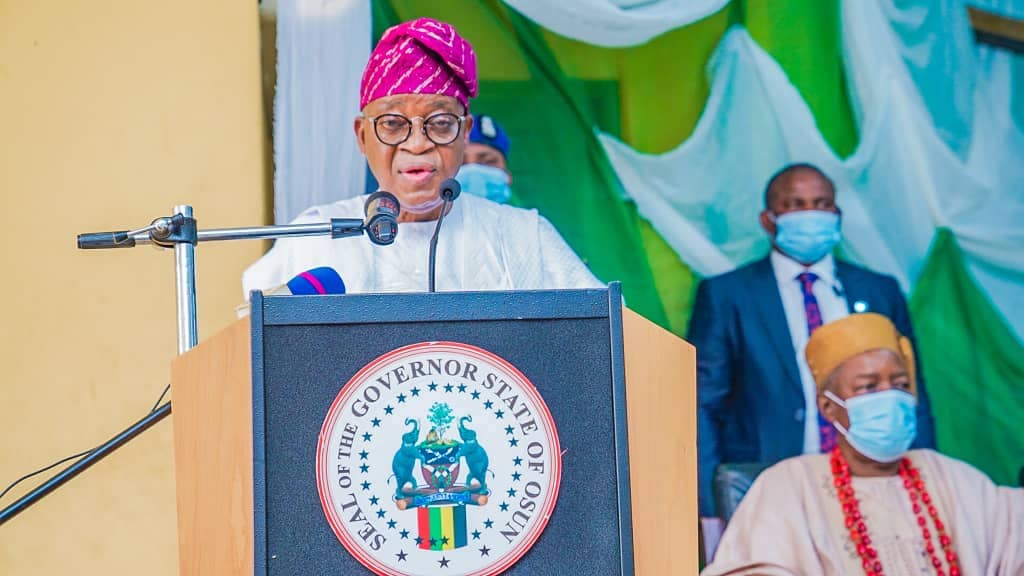 This was contained in a statement on Tuesday signed by the Commissioner for Information and Civic Orientation, Mrs Funke Egbemode.

In the statement titled, ‘Covid-19: Osun gives fresh directives on Crossover Service’, the commissioner said the government’s sensitivity to the mood of the season has necessitated a review of its earlier position.

Egbemode said, “The Government of the State of Osun has decided to allow cross over religious gatherings, But any organization holding cross over service must note that they are expected to close the service early and everyone must be off the streets by 1:00 am.

“Security operatives have been given the directive to enforce this guideline. Religious bodies and citizens are therefore advised to comply because we do not want anyone to spend the first day of the year in police custody.

“Also, the leadership of religious bodies must ensure strict adherence to safety protocols, which include accommodating only 50 percent capacity of their normal attendance, ensuring social distancing, use of nose mask or face fields by participants, avoidance of sharing materials and instruments and avoidance of any other action that can help the virus to spread.”

It was earlier reported that the Chairman, Christian Association of Nigeria in Osun State, Bishop Amos Ogunrinde, said the association was having talks with the state government to allow cross-over services hold on December 31, 2020.