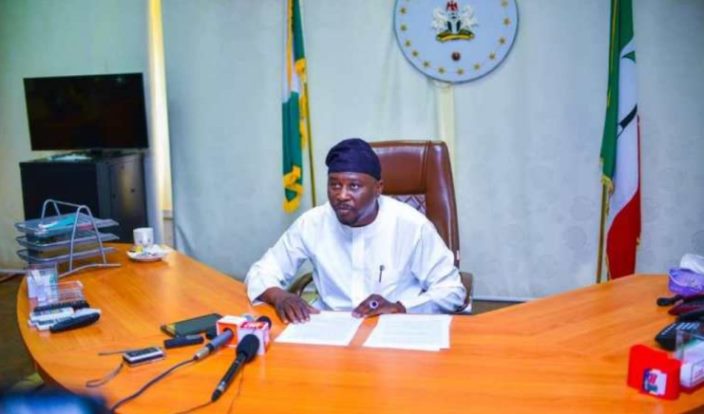 A party source told Daily Sun “that with the turn of events, it was obvious that the governors have taken full charge of the opposition party ahead of the 2023 general elections.”

However, spokesperson for the party, Kola Ologbondiyan, at a press briefing, in Abuja, yesterday, said the appointments were part of resolutions reached at the NEC meeting.

Ologbondiyan said NEC also received report of the Senator David Mark committee, saddled with the task of reconciling warring members of the party.

“The David Mark committee assured that efforts are on to resolve all court matters.”

Prior to the NEC meeting,  the PDP Governors Forum, had in a meeting, on Wednesday, in Abuja, consulted with former governors, ministers and other interest groups in the party on issues relating to the forthcoming convention. The governors also met with the NWC, where they agreed on the choice of Adamawa State Governor as chairman of the convention.

Daily Sun gathered that appointment of Fintiri was received with mixed feelings by members of NEC, with those sympathetic to the embattled chairman, Uche Secondus grumbling.

However, a member of NEC told Daily Sun that with the turn of events, the anti-Secondus camp has effectively blocked the speculated second term ambition of the embattled PDP leader.

It was, however, learnt that in a bid to pacify the Secondus camp, members of NEC agreed that the party chairman be allowed to serve out his tenure.