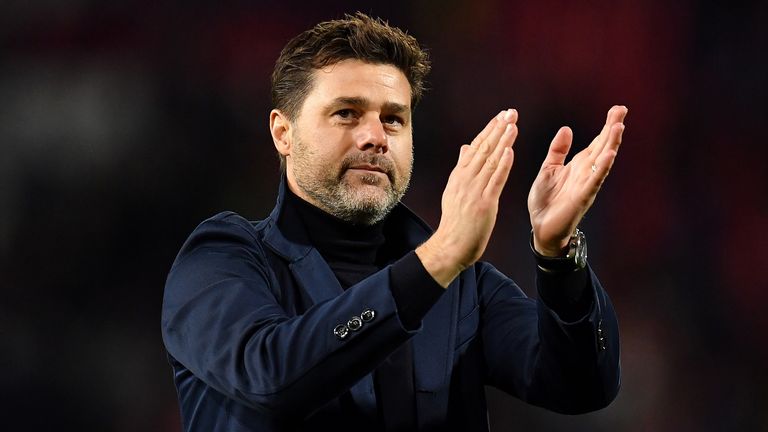 Mauricio Pochettino got on well with Diego Maradona and Ronaldinho during his playing days and his relationship with another global footballing superstar in Neymar will be key to his chances of success at Paris Saint-Germain.

The Argentine this week begins his reign as coach of PSG, where his brief is to get the best out of Neymar and Kylian Mbappe and go one step further than his predecessor Thomas Tuchel.

Sacked with six months left on his contract, Tuchel is unlikely to be missed by supporters of the Parisian club despite leading them to the Champions League final for the first time in their history.

The German won the Ligue 1 title in each of his two full campaigns in charge and a domestic quadruple last season to go with the historic European run.

Pochettino, in contrast, has never won a trophy as a coach but his credentials are clear.

The 48-year-old is fondly remembered by fans of Tottenham Hotspur, who he steered to four straight top-four finishes in the Premier League and to the Champions League final in 2019.

– From Ronaldinho to Neymar –
Now, refreshed after a year out of the game, he has resurfaced at a club where he was a popular player.

Pochettino, who briefly played alongside Maradona at Newell’s Old Boys and shared a room with the Argentine legend on away trips, was a central defensive stalwart at the Parc des Princes between 2001 and 2003.

He helped them finish fourth in Ligue 1 in his first season, and captained them to a French Cup final in 2003, which they lost to Auxerre.

That team, with an attack led by Ronaldinho — “a great teammate” as Pochettino recalled in 2019 — underachieved and the new coach knows what is expected now.

“This club has always held a special place in my heart,” said Pochettino following his appointment on a contract until the end of next season, with the option of a further year.

He spoke of the team’s “fantastic potential” and he has no time to waste as he seeks to maximise that. His reputation depends on it.

After all the impressive work at Espanyol, Southampton and Spurs, now is the time for Pochettino to add silverware to his CV in Paris, where domestic success is taken for granted and progress in Europe matters most.

In the last eight years, Qatar-owned PSG have won seven Ligue 1 titles and five French Cups. They also won the now-defunct League Cup six times. Yet Tuchel left the team third in Ligue 1, a point behind Lyon and Lille.