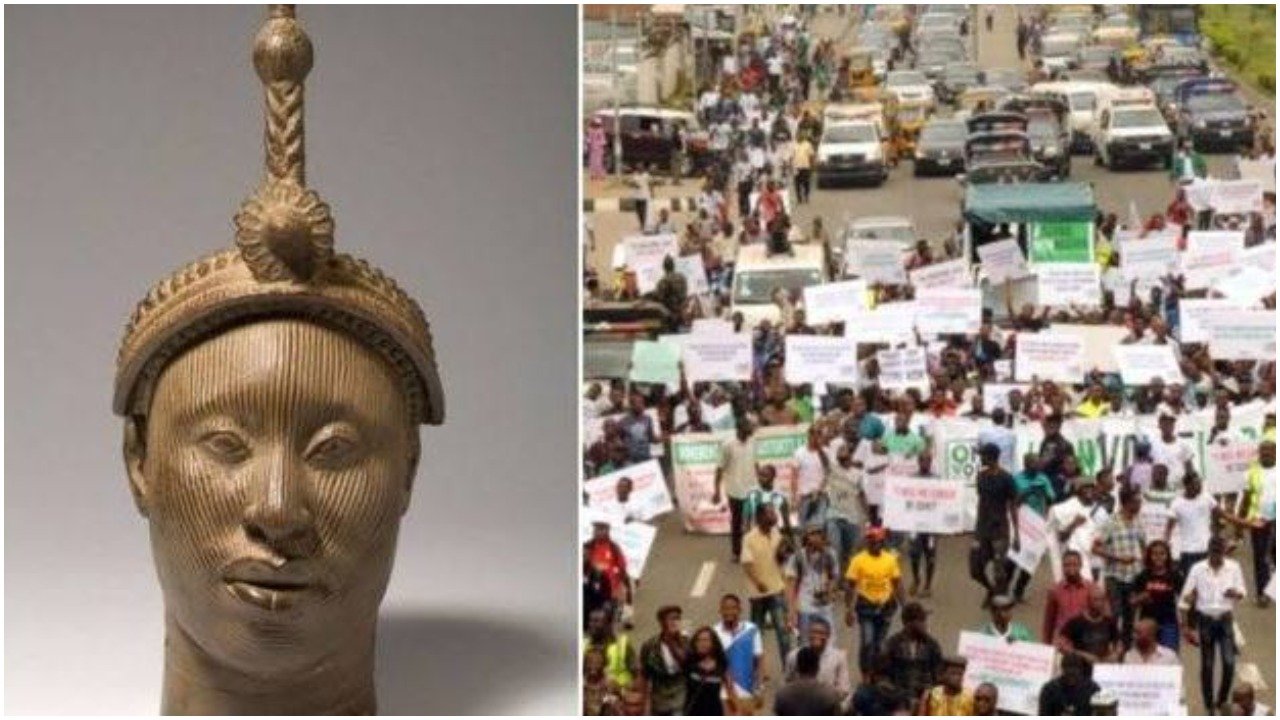 Some 11 persons believed to be agitators of Oodua Nation were arrested on Saturday by the police during a rally in Abeokuta, the state capital

The rally, which was held jointly by two groups – Ilana Omo Oduduwa and Omo Kootu Ojire Omo Oduduwa Atata – took their procession around Abeokuta in defiance of a police order barring the demonstration.

As early as 7 am it was observed that security operatives took over the palace of the Alake of Egbaland, venue of the rally

The 11 were said to have been arrested in front of the palace and whisked away in a police van to the State Headquarters, Eleweran, Abeokuta.

Singing solitary songs, the procession comprising young men and women, toured different parts of Abeokuta and later headed to the police headquarters where leaders of the group reportedly demanded the release of the agitators.

It was gathered that the police later released those arrested on the order of the Commissioner of Police, Edward Ajogun.

It was also learnt that the agitators, on their way back from Eleweran, the police headquarters, allegedly attacked some policemen on the road, injuring a number of them.

Reacting to this development, the Police Public Relations Officer in the state, DSP Abimbola Oyeyemi accused the agitators of launching unprovoked attacks on the security operatives.

He said the agitators attacked the police headquarters in the state and some policemen on duty.

He confirmed that 11 of them were earlier arrested for unruly behaviour at the Alake palace and were later released on the order of the Commissioner of Police, Edward Ajogun .

The PPRO however lamented that despite the release of their members, they still went ahead to attack their men at More junction not far from the headquarters after launching attacks at the Headquarters in Eleweran.

He said: “We just woke up early in the morning and saw some group of people in front of the Alake palace conducting themselves in unruly manners. And don’t forget that one of them had issued a threat to the Alake before, so our men went there to challenge them and they were unable to give satisfactory answers.

“Eleven of them were arrested and the Commissioner of Police directed that they should be released; we profiled, screened and released them.

“Despite that we released them on the order of the Commissioner of Police, these people still went as far as Police Headquarters Eleweran to launch an attack on Police.

“Though we have already dispersed them, but they still attacked our men at More junction. They attacked policemen who were on their lawful duty; they attacked them for just no reason.

“They should not take our civility for a licence for them to be attacking our men, it will no long be tolerated .

“We are still collating the result of their unruly behaviour and I will make that one available.”

State Governors Have Shown They Are Not Responsible, Agbakoba Slams NGF