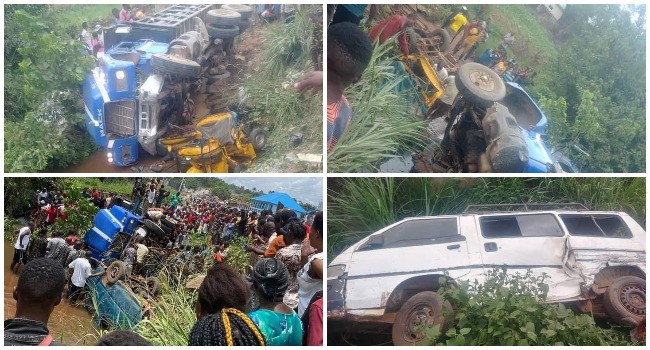 A Mack truck loaded with chippings has collided with two vehicles in Nkwo Mmiri, market, Imo State, before crashing into a nearby stream, police authorities said on Saturday.

The accident, which occurred as a result of brake failure, killed two persons, while eight others with various degree of injuries were taken in for treatment.

The truck was being driven by one Kingsley Okwudili who was travelling from Ebonyi State to Orlu.

According to the police, the tricycle and Mitsubishi bus involved in the collision also fell into the stream.

“Meanwhile, the driver has been taking into custody as investigation has commenced,” the police said in a bulletin signed by spokesman Ikeokwu Orlando.