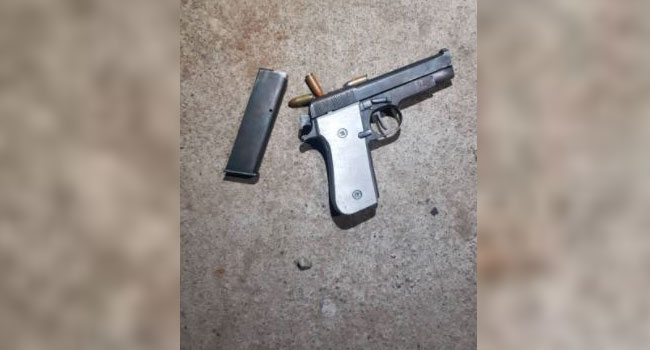 Police in the Federal Capital Territory (FCT), Abuja,  have arrested one (1) suspect for culpable homicide along Kasuwa-Dere, Gwagwalada axis.

According to a communique by the command’s spokesperson, ASP Yusuf Mariam, the operatives acting on credible intelligence arrested the suspect – Danladi Abubakar ‘m’ (20 years) on Thursday the 17th of June, 2021.

He was arrested for the gruesome murder of a yet-to-be-identified middle-aged woman. The suspect who was identified by another victim confessed to being a member of a notorious phone snatching syndicate operating along the Gwagwalada axis of the FCT.

Exhibits recovered from the suspect include one (1) sharp knife used for stabbing the lady and one (1) techno phone belonging to the deceased.

In a similar vein, Police operatives from Kubwa Division foiled an armed robbery attempt at a Hotel along the Kubwa axis of the Abuja metropolis on Friday, June 18.

The officers who were on routine patrol engaged the robbers in a fierce gun duel, however, one of the suspects sustained serious gunshot injuries, was rushed to the hospital where the doctor confirmed him dead.

Exhibits recovered from the late suspect are one (1) Beretta pistol, three (3) rounds, one(1) silver Mazda space wagon, and plate numbers.

Police authorities say efforts are in top gear to arrest the fleeing suspects while those already apprehended will be arraigned in court upon conclusion of an investigation.