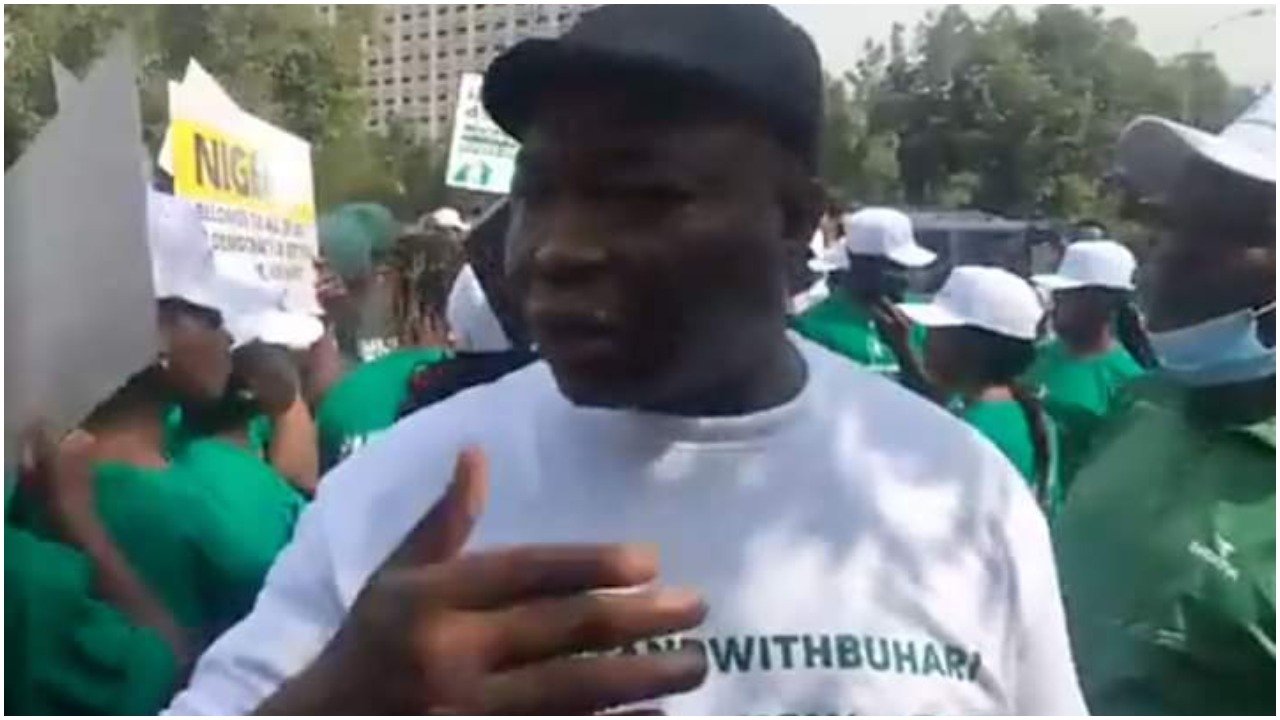 Supporters of President Muhammadu Buhari who stormed Unity Fountain, Abuja on Saturday morning, were seen fighting over the method of sharing money.

According to reports, the group was out to counter those protesting against bad governance across the country.

Eyewitnesses revealed that leaders of the group were seen in a heated exchange over the sharing of monetary resources meant for organising the counter protests.

Recall that the Federal Capital Territory, Abuja has been plunged into palpable tension over protests happening in major parts of the city.

Earlier, police operatives clashed with some protesters at Gudu Junction causing tension in the area.

Similar demonstrations are currently ongoing in major parts of the country including Lagos State.