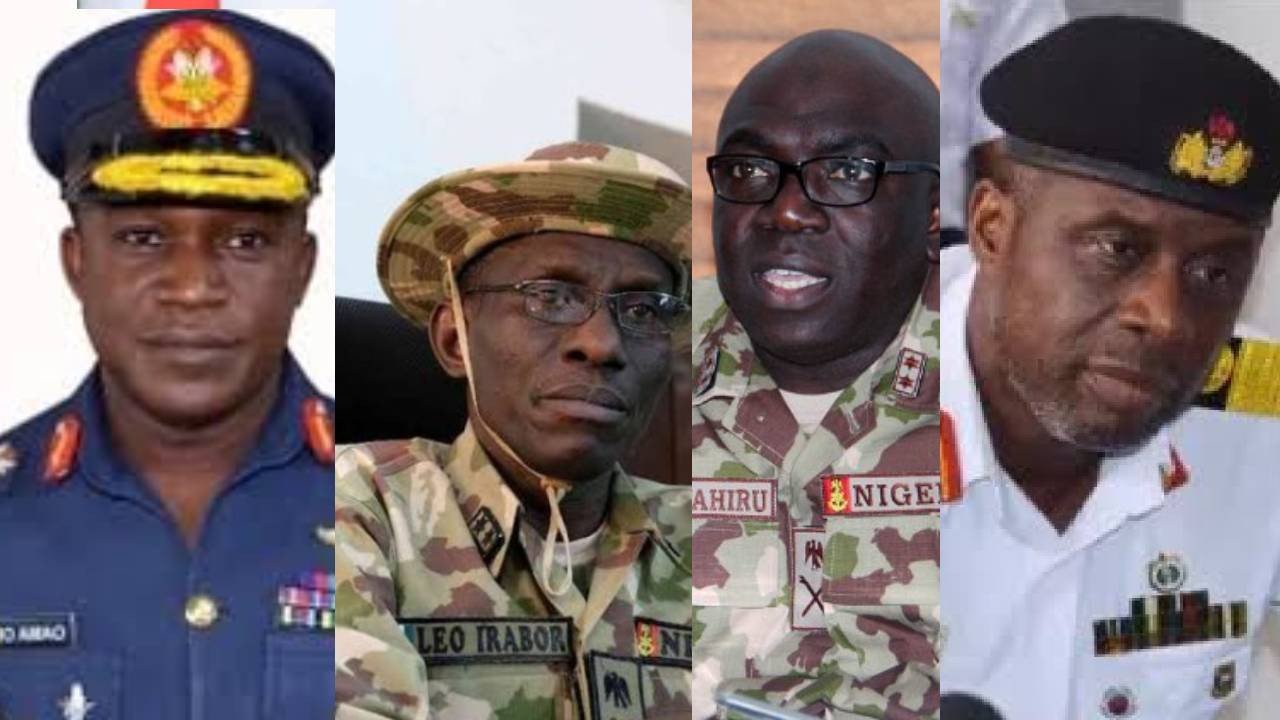 There are strong indications that the House of Representatives will on Tuesday confirm appointments of the new service chiefs nominated by President Muhammadu Buhari (retd.).

It was learnt on Saturday that the ad hoc committee set up by the House to screen the nominees would lay its report on Tuesday.

Incidentally, the House now holds plenary just once every week – on Tuesday – due to the COVID-19 pandemic.

In an interview on Saturday, Chairman, House Committee on Defence, Babajimi Benson, disclosed the level of preparedness for the report presentation.

When asked if the report was ready, Benson said the committee was putting some “finishing touches.”

Responding to another question on when is the committee would lay the report before the House, the chairman said, “Tuesday.

While the House screened the nominees on Wednesday, the Senate had separately screened them on Thursday.

Speaker of the House, Femi Gbajabiamila, had constituted a panel made up of chairmen, deputy chairmen and some members of the military-related standing committees, to be led Benson.

The nominees had also reeled out some of their plans for the Armed Forces.