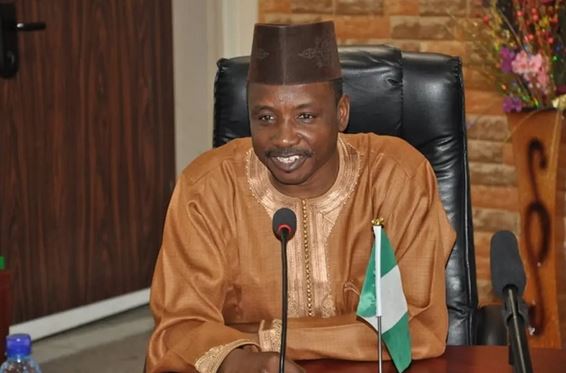 The Senate on Thursday urged the President, Major General Muhammadu Buhari (retd.), to rescind the presidential directive, sacking Dr. Nasiru Argungu, as the substantive Director-General of the National Directorate of Employment.

The resolution of the Senate followed a point of order raised on the floor by the Senator representing Jigawa East Senatorial District, Ibrahim Hadejia.

The Senate also urged Buhari to probe the frosty relationship between Argungu and the Minister of State for Labour and Employment, Mr. Festus Kayamo (SAN).

The red chamber argued that the removal of Argungu could delay the take-off of the Federal Government programme aimed at providing jobs for 774,000 jobs.

Argungu was relieved of his post in a memo issued last week Friday, December 4, 2020, taking effect from Monday, December 7.

The upper chamber also urged Buhari to order an investigation into the cause of the frosty relationship between Argungu and Kayamo.

Hadejia insisted that the “presidential directive for the removal of Ladan gave room for speculation in many quarters that unpatriotic people were scheming to undermine and disrupt the implementation of the laudable Special Works Programme.

“This is also capable of creating a needless leadership crisis at the NDE at this critical time that the Federal Government is tackling issues of unemployment and youth empowerment in the country.

“It is an overriding public interest to reconsider and rescind the said presidential directive of the removal of Dr. Ladan Argungu as DG, NDE to ensure stability and smooth implementation of job creation, skill acquisition of the Federal Government’s special works programme aimed at benefiting our youths who are unemployed and remain restless in the streets.”