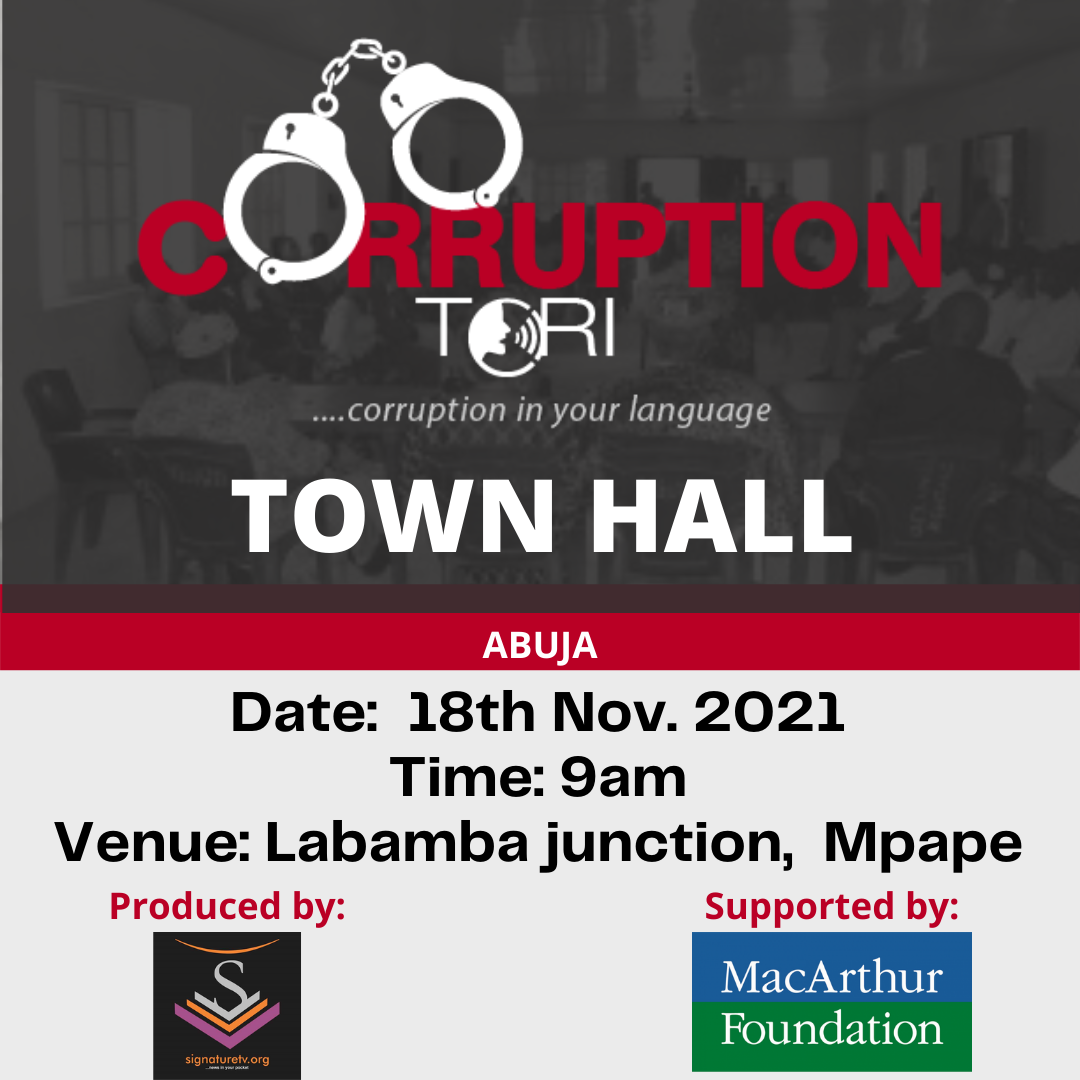 Those expected to be in attendance are the Chairman Economic and Financial Crimes Commission, Abdulrasheed Bawa, Chairman, Independent Corrupt Practices and Other Related Offences Commission, Prof Owasanoye, students, market women, okada and keke riders, members of the National Union of Road Transport Workers, traditional and religious leaders, artisans and other stakeholders and partners. in the anti-corruption fight.

In a statement by the Chief Operating Officer of Signature Television, Chief Nwabueze Njoku, the event will feature an open discussion on the impact of corruption on the ordinary Nigerian, recognition of Distinguished anti-corruption Ambassadors and award of prizes to winners of the 2021 Corruption Tori Schools Essay Competition.

Njoku said the Town Hall meeting seeks to amplify the war against Corruption and also hand over the war to rural communities who are mostly affected by bad governance.

He maintained that those at the grass root level sometimes do not understand what Corruption is and how it is hindering development in their environment, adding that the event will be an interactive one where the people will share ideas on their experiences in Corruption and how best to reduce it to the barest minimum

He decried the rising level of Corruption cases in Nigeria and blamed stakeholders for not taking the rural communities along.

Among those to be honoured at the ceremony are the Women of Ebenebe in Anambra State, who recently made news by refusing the N5000 bribe offered each one of them by political party agents in the recently concluded Anambra State Governorship elections.

Speaking to news men on her arrival in Abuja yesterday Wednesday for the Corruption Tori Townhall, the leader of the women Lady Favour Nwora said they  were overjoyed when they were nominated for recognition by Corruption Tori

The Townhall which will be chaired by the Executive Secretary of Nigerian Inter-Religious Council NIREC, Prof Cornelius Afebu Omonokhua will have Dr Kole Shettima, Director Africa Office, MacArthur Foundation as Special Guest of Honour.

The occasion  kicks off this morning at 9am at Labamba Junction Field Mpape, Abuja