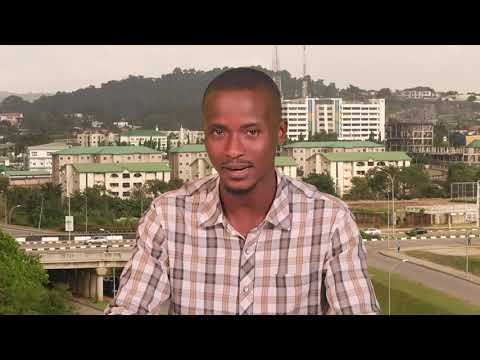 Federal Road Safety Corps, Kogi State Command has warned against night travelling, advising that it has become unsafe for motorists and commuters in and around the state.

The command said that the warning is necessary especially now that most roads are in a deplorable state and insecurity is on the increase.

The FRSC Sector Commander in Kogi, Solomon Agure, made this known in a statement in Lokoja.

He warned drivers that over speeding, overloading, use of phone while driving, use of mechanically deficient vehicles, or failure to use seatbelt and safety crash helmet could endanger their lives more.

The FRSC Commander further said there would be high visibility of the corps on the roads across the state toward achieving the goals of the operation from now till the middle of January 2022.

Agure said that the command was planning to deploy over 800 personnel, 20 patrol vehicles, four ambulances and heavy tow trucks for control of traffic.

The Economic and Financial Crimes Commission on Tuesday announced that the it has convicted pension frauds to the tune of One Hundred and Fifty -Seven Billion naira.

The Director, Operations of the anti-graft agency, Adulkarim Chukkol revealed this at a Two-day sensitization programme on the theme: Eradication of Pension Fraud in Nigeria,

He said the Commission will probe many more pension frauds and that the commission is ready to bring to justice those who embezzle funds meant for pensioners.

Meanwhile, the commission’s Chairman, Abdulrasheed Bawa, reiterated that the objective of the initiative is for Nigeria to have a pension system that is transparent, accountable and responsive to the needs of the most important and vulnerable stakeholders. #

Normalcy returns to Imo as police assures of safety

The Imo State Commissioner of Police, Rabiu Hussaini, has assured the citizenry that the state remains safe and secure.

The CP gave the assurance in a press statement 24 hours after pandemonium hit economic and social activities of the entire state last Monday.

The Imo police boss, not only enjoined the citizenry to be mindful of mischief makers who raise false alarm that are unfounded, but also hinted that this could give room for hoodlums to vandalize properties and even endanger human lives.

It was recalled that the rumor of an impending attack by unidentified gunmen, which swept across the entire state on Monday, sent shockwaves that forced the citizens to close down everything, including schools, banks, markets, motor parks, and quickly scamper into safety.

Meanwhile, normalcy has returned in the state, after the scare, while some businessmen were seen, counting their losses.

Ask Nigeria what you want, we are ready to help, Buhari tells South Sudan

President Muhammadu Buhari says Nigeria is willing to help the Republic of South Sudan overcome its political and economic woes.

This is coming as Libya is witnessing political instability, proliferation of arms and light weapons are on a constant rice within the Sahel region.

Buhari said this on Tuesday in Addis Ababa during a bilateral meeting with President Salva Kiir of South Sudan. The President also assured the full support of Nigeria to all efforts to bring long-term stability and prosperity to the continent.

The President on Thursday will present the 2022 Appropriation bill of N13.08 trillion to the joint session of the National Assembly.

This was disclosed by the Deputy President of the Senate, Ovie Omo-Agege, in the Senate Chamber of the National Assembly when leading the plenary in Abuja on Tuesday.

In a letter addressed to the Senate, the President urged the lawmakers to approve the planning documents which he said would form the basis and assumptions in the 2022 budget. He stated that the revision reflected the new fiscal terms in the recently enacted Petroleum Industry Act and the 2022 Appropriation Bill.

New Japanese Prime Minister Fumio Kishida said on Tuesday that he received a strong message from President Joe Biden about the United States’ commitment to defending the disputed East China Sea islets known as the Senkaku Islands in Japan.

During a telephone interview, the allies also confirmed their cooperation toward achieving a free and open Indo-Pacific.

The call came a day after Kishida called a parliamentary election for October 31 and vowed to bolster the country’s response to the pandemic. He was voted in by lawmakers on Monday as the nation’s new prime minister.

Japan has become increasingly concerned about Chinese activity in the East China Sea, including incursions into waters around the disputed islands, known as the Diaoyus in China.

The new prime minister is also expected to deepen engagement with the United States, Australia, India and Japan – known as the Quad – which Beijing sees as an effort to contain its rise.

Nigerian striker, Taiwo Awoniyi, has been named in the German Bundesliga Team of The Week for matchday seven after scoring a brace in Union Berlin’s 2-1 win over Mainz on Sunday.

Awoniyi scored twice in four minutes as Union came from behind to beat 10-man Mainz at the MEWA Arena handing his high-flying side their third win of the season, taking 12 points from seven game.

despite scoring just five goals in 22 appearances in all competition in a season plagued by injuries, the German side had seen enough of his talent as they splashed €6.5m to sign him on a permanent basis.

He has scored eight goals in 12 appearances across all competitions with five of them coming in the league from seven appearances while providing two assists.