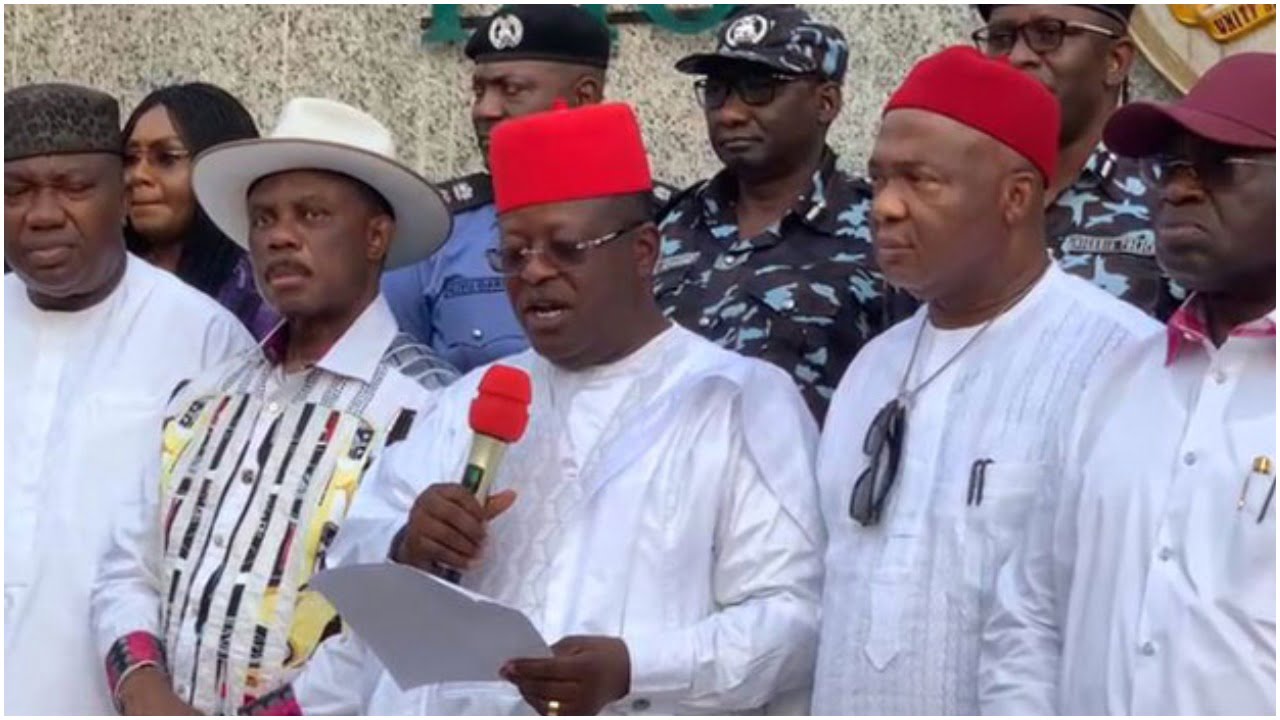 The Governors and leaders of the South East region of Nigeria, after arising from an emergency meeting, have condemned the killings in the region and pledged to join hands with security agencies to stop the spate of killings, curb crimes and enhance security.

The meeting also condemned the sit-at-home order by a group, which the forum said, are mostly issued by people in diaspora who do not feel the pains the people suffer.

They resolved that Governors and all people of the South East do everything within the law to ensure that there is no further sit-at-home in the South East and that people are allowed to freely move about in the Zone.

Addressing newsmen while reading from a communique issued at the end of the meeting which lasted for about 4 hours, the Chairman of the south east governors forum and governor of Ebonyi state, Dave Umahi said the meeting agreed that the South East Ebubeagu security outfit be launched in all the South East States and laws to back that up be passed before the end of 2021.

“The meeting also received the Committee report from Ohaneze, (a socio-cultural)group on various matters affecting the South East, especially on the issue of security and marginalisation of the South East people, and resolved to study the reports from Ohaneze Worldwide for immediate implementation, and engagement with the Federal Government for amicable settlement of all issues agitating the minds of our people, especially the youths.

The meeting commended all groups and the clergy for their efforts at interfacing with the youths while mandating clergy men, Bishops, CAN,Ohaneze and Traditional Rulers to continue to dialogue with the youths.