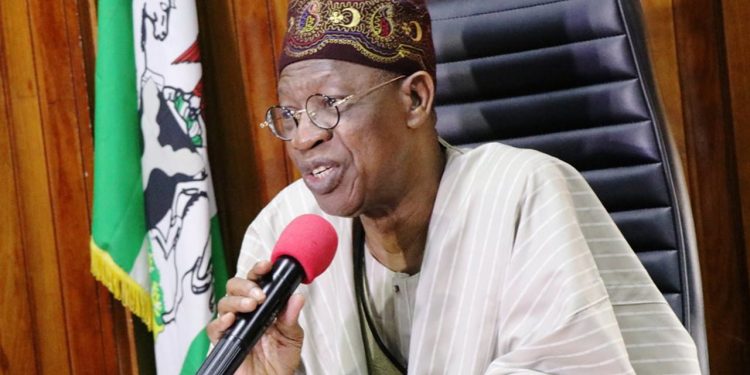 The Minister of Information and Culture, Lai Mohammed, has promised to consult with relevant departments and ministries for clarity on the controversy over the removal of fuel subsidy.

This comes against the backdrop of an announcement by the President of the Senate, Ahmad Lawan, informing Nigerians that President Muhammadu Buhari never directed petroleum subsidy removal.

Mohammed made the remark on Wednesday in Abuja while briefing State House correspondents at the end of the Federal Executive Council (FEC) meeting.

The Vice President, Professor Yemi Osinbajo, presided over the meeting in the absence of President Buhari who travelled to the Gambia to attend the inauguration of the country’s president, Adama Barrow.

After requesting some time to examine the issues around the fuel subsidy removal, the minister promised to revert afterwards.

Last year, the Minister of Finance, Budget and National Planning, Mrs Zainab Ahmed, disclosed that the 2022 budget would make provision for petrol subsidy for the first six months alone.

According to her, this will be effective for the period after which it is expected that the sector would have been completely deregulated.

Meanwhile, the Council has approved contract awards for various projects in the Federal Capital Territory (FCT).

It also approved contract awards on flood control in the six geo-political zones, as well as for the Ministry of Transportation, with all the projects totalling N76.78 billion.

The Minister of FCT, Mohammed Bello, who also briefed State House correspondents on what was discussed at the meeting, confirmed that the FCT got the largest share of the contracts approved.

According to him, two projects approved for the construction of Kuje 105 Highway, as well as access road and car park for Abuja Light Rail station, cost about N56.2 billion.