HomeNEWSTalking about Buhari not good for my sanity —Soyinka

Talking about Buhari not good for my sanity —Soyinka 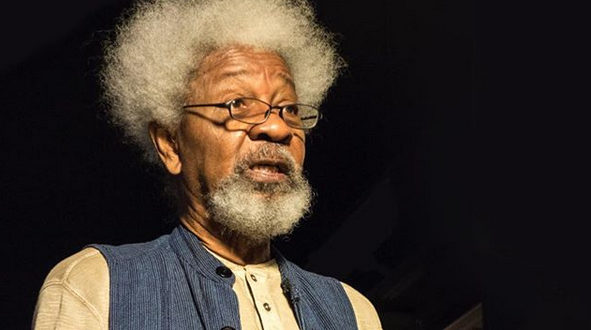 Nobel Laureate, Prof. Wole Soyinka, says for the sake of sanity, one must imagine that the regime of President Muhammadu Buhari (retd.), does not exist.

He, however, described the new Lagos-Abeokuta-Ibadan standard gauge train, describing it as marvellous and long overdue.

Soyinka said this during a recent interview with Kaftan TV which was monitored by our correspondent.

Speaking onboard the new train, the Nobel Laureate said he would not like to talk about Buhari’s government because he imagined the regime doesn’t exist.

When asked whether the new train was a plus to Buhari’s regime, he said, “I don’t want to talk about Muhammadu Buhari’s administration. I think it is best for my sanity just to avoid that overall question. I can take bits and pieces of Nigeria’s present predicament but I think for one’s sense of balance, one must forget the existence of the Buhari administration.”

The playwright said for years Nigeria had seen the roads turn to a death trap while rail transport had been neglected.

He said on two occasions he had spent over six hours on the road from Lagos to Abeokuta.
Speaking highly of the new train, Soyinka said, “It is a work in progress but it is a very impressive work in progress considering the difficulty of really executing anything in this country… I think we are looking at a virtual transport revolution which is long overdue.”

The Nobel laureate said the rail revival would not only change the people’s mentality but boost commerce.

He recalled how as a young boy he rode on trains but at some point, Nigeria abandoned rail transport.
“I have spent, on the road between Lagos and Abeokuta six hours. A few weeks ago at the launching of my novel in Abeokuta, I left Lagos…. The journey took about seven hours,” Soyinka said.

The playwright said the traffic congestion had deteriorated to the extent that women now give birth in traffic and even name their children after the cars in which they give birth.
He said the new train was marvellous and he was glad to ride in it.

Soyinka added, “I had an engagement in Lagos which I nearly postponed because of the road but for some time I have been saying wait a minute, this thing (train) is supposed to be running and I checked the timetables and I said if I catch the train in Abeokuta I would be in Lagos in an hour and a half, I would be picked up, run around quickly, do my business and here I am.

“I left Abeokuta this morning, I am going back to Abeokuta to eat my Ilafun (yam/cassava flour) and I am going to sleep in my bed this evening. It is marvellous. That is what one has been doing in Europe. Why has it taken so long for that to happen here? It is sad but at the same time, let’s be glad it is happening.”