There’s conspiracy ‘to silence me’, says Trump after Twitter ban 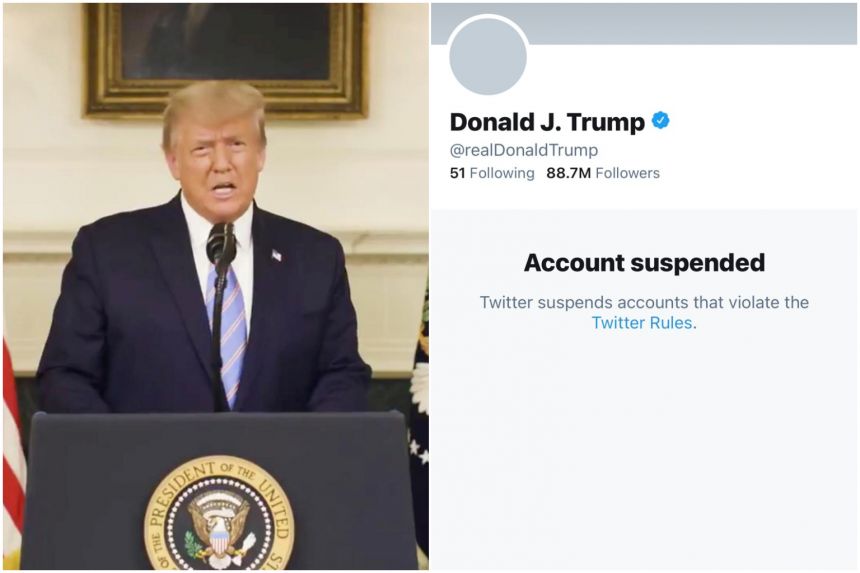 US President Donald Trump has expressed displeasure over alleged attempt to silence him by Twitter, Democrats and the Radical Left.

Trump alleged that Twitter is conspiring with his political enemies “to silence me”, a move he vowed to fight against.

He made the allegation via his official @POTUS account after the social media platform permanently suspended his account on Friday.

However, Twitter said it had deleted the post, saying, “Using another account to try to evade a suspension is against our rules. We have taken steps to enforce this with regard to recent Tweets from the @POTUS account.”

“Twitter has gone further and further in banning free speech, and tonight, Twitter employees have coordinated with the Democrats and the Radical Left in removing my account from their platform, to silence me — and YOU, the 75,000,000 great patriots who voted for me,” Trump had tweeted.

Facebook and Twitter had banned Trump accounts Friday due to fear he would use them to instigate another attack such as the one in the nation’s capital on Wednesday.

The US president, however, told his over 88 million followers @realDonaldTrump that another social network would soon be created for them to meet.

“We have been negotiating with various other sites, and will have a big announcement soon, while we also look at the possibilities of building out our own platform in the near future.

“We will not be SILENCED!” he added.

Google has also pulled the Parler app from its mobile store for allowing “egregious content” that could incite deadly violence like that seen at the US Capitol.

Apple has reportedly warned Parler that its software could be removed from the App Store if it doesn’t take measures to prevent users from planning illegal, violent activities on the platform such as the deadly attack in Washington.

The Parler social network has become a haven for far-right personalities who say they have been censored by other social media platforms.

The shift has boosted right-wing favourites like Parler, Newsmax and Rumble, which have rejected Facebook and Twitter’s approach of labelling and limiting the reach of conspiracy theories.

Sites like Parler have attracted Republican lawmakers as well as the Trump campaign.

1544 cases of COVID19 recorded in Nigeria