HomeNIGERIAThose who kidnapped our students have contacted us, says Katsina gov

Those who kidnapped our students have contacted us, says Katsina gov 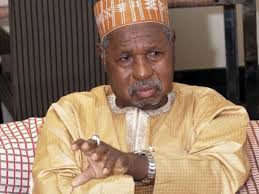 Aminu Masari, governor of Katsina state, says abductors of the students of Government Science Secondary School, Kankara, have made contact with his government.

According to Garba Shehu, presidential spokesman, the governor made this known when he briefed President Muhammadu Buhari on the latest update about the kidnap.

Masari was quoted to have said there is steady progress in the bid to rescue the students unharmed.

“The Governor, who was accompanied by the Deputy Governor of the state, Manir Yakubu, said the kidnappers had made contact and discussions were already on pertaining to safety and return to their homes,” Shehu said in a statement.

“Governor Masari also noted that security agencies had located the position of the children.

“The Governor said the President was fully committed to the rescue of the school children, adding that it was only appropriate to visit the President and give him more details of rescue efforts.”

When he received a federal government delegation led by Babagana Monguno, national security adviser, on Sunday, the governor said 333 students were missing from the attack.

Gunmen had invaded the school on Friday night, shooting into the air to scare away people in the area.

The school is said to have a population of around 800 students, and according to the police, when the gunmen attacked, some of the students scaled the fence to escape.