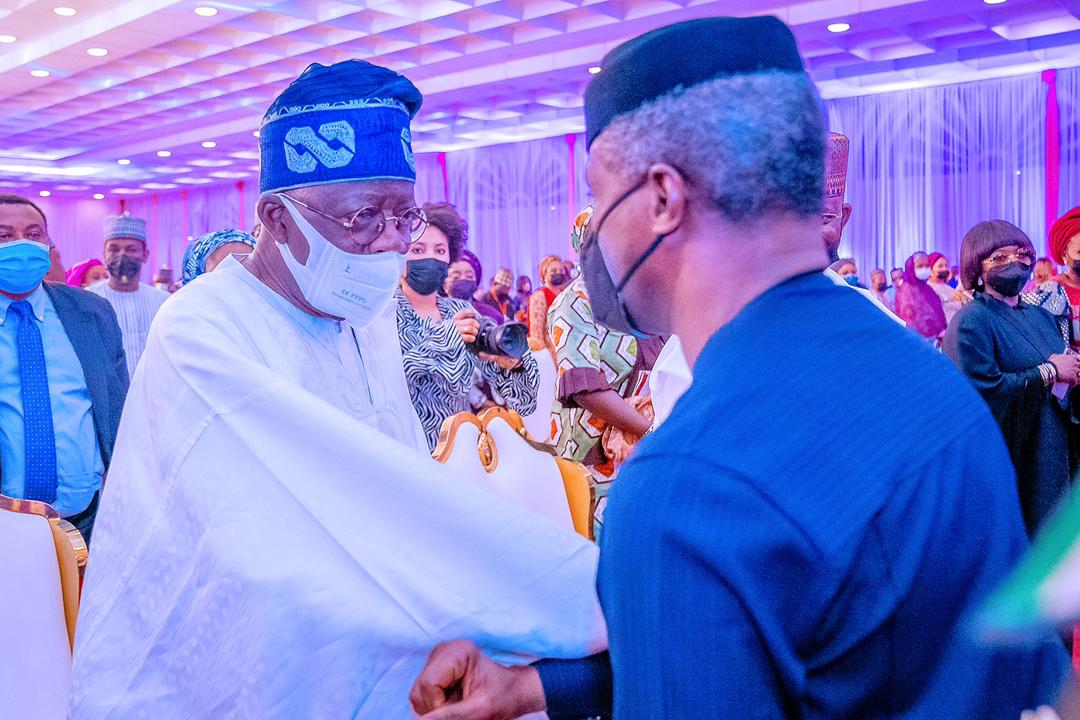 Bola Tinubu, the national leader of the All Progressives Congress (APC), has again made a slip while delivering a speech.

Tinubu erroneously described Dolapo Osinbajo, wife of vice-president Yemi Osinbajo, as the “wife of the president”.

This is the Tinubu they want to make President in 2023? 🤦‍♀️.. Which Way Nigeria? #EndNigeriaNow pic.twitter.com/eDhybzGcph

This is the second time the APC chieftain will commit such a slip in two weeks.

It would be recalled that Tinubu on Monday, March 29, advised the Federal Government to recruit 50 million youths into the Nigerian Army to address insecurity in the country.

The former governor of Lagos State made the comment while speaking at the colloquium to mark his 69th birthday in Kano.

Bandits have lost rights to life, must be wiped out – Gov El-Rufai