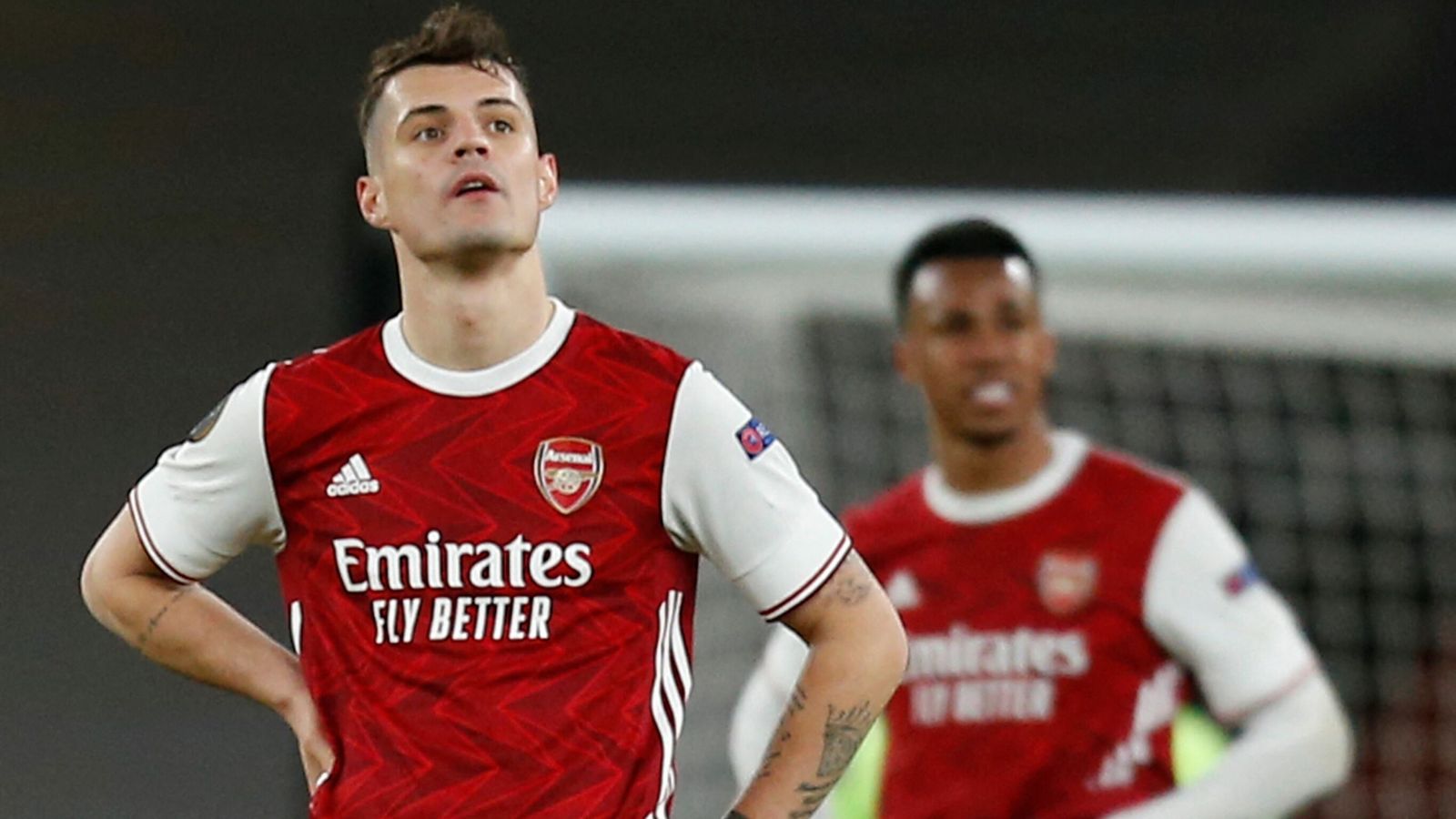 As Slavia Prague equalised deep into injury time, to dramatically grasp the advantage in this Europa League quarter-final, Mikel Arteta turned and held his face. The Arsenal manager looked tortured. He looked like a rendition of Edvard Munch’s “The Scream” – which was probably what he was doing inside.

Arteta had declared this tie “all or nothing”, the biggest of the season, their last chance at redemption and now it hangs by a thread. Having taken a late lead they could not hold on and they will have to score and probably win in Prague next week. And Slavia – who have knocked out Leicester City and Rangers on this run – have not lost at home all season.

Arsenal were just not good enough in either penalty area. And that is some indictment for such an expensively-assembled team who could bring on big-name substitutes including captain Pierre-Emerick Aubameyang and Nicolas Pepe, who scored.

There is a mental fragility at the heart of Arsenal. They are the kings of complacency. How else do you explain working so hard to take a precious 86th minute lead, having struck the goal-frame twice as they wasted chances including a horrible miss by Alexandre Lacazette, only to be unable to hold out for a further eight minutes. Slavia put them under concerted pressure and they folded. It is also 14 games without a clean sheet.

The tie is far from over but the reaction of Arteta – who marched straight to the dressing room at the final whistle as Slavia celebrated – and the players, with Rob Holding, Hector Bellerin and Cedric Soares arguing on the pitch, said it all.

“It’s more about the final result that leaves a difficult taste,” Arteta said. “What was missing was that if you have big chances you have to take them. We merited more than we got. When we scored the first goal we had to manage the game better than we did.” He added that Martin Odegaard – absent here – might be out for the “next game or two”.

When Arsenal finally did score there were floods of relief. It came from a rapid counter-attack with Granit Xhaka hoisting the ball forward, Aubameyang contesting it and playing in Pepe whose pace took him away from David Zima before he calmly lifted the ball over goalkeeper Ondrej Kolar with the outside of his left boot.

That was surely it. But Slavia hit back. And hard. Arsenal were on their heels and carelessly gave the ball away with Bernd Leno pushing a powerful angled shot from the impressive Lukas Provod against the post. The corner was flicked on and at the far post Tomas Holes threw himself to beat Cedric and head into the net.

Maybe Arteta’s team selections will be scrutinised but, really, no-one could argue with dropping Aubameyang. What is more in question is how long the manager waited before making his substitutions when he had such a strong bench.

The first-half was tepid. Bukayo Saka missed its only chance. Then it opened up. From a free-kick Willian almost caught out Kolar with the ball smacking the outside of the post. Then Slavia broke forward with Provod feeding Jan Boril whose shot took a deflection before Leno blocked with his legs. “We have to be compact, compact,” Arteta yelled.

It worked with Lacazette stealing the ball away from Oscar Dorley, the last defender, on halfway and suddenly running through on goal. He took his time and bent a shot high around Kolar – only for it to strike the crossbar with Emile Smith Rowe making a mess of the follow-up. And then there was another with Lacazette scooping Saka’s low cross over from just four yards.

Slavia responded and should have scored as Cedric’s clearance went straight to Petr Sevcik. Inside the area the substitute had time and space but he somehow drove the ball past the post. Aubameyang, on at last, side-footed the ball across goal from six yards with his first touch before Kolar tipped over a rising shot from yet another replacement, Gabriel Martinelli. Why did he not start?

Finally the goals came. As did the inquest. “I have the belief that we can go there and win the match otherwise I would not be sitting here,” Arteta said. But he is not sitting comfortably.