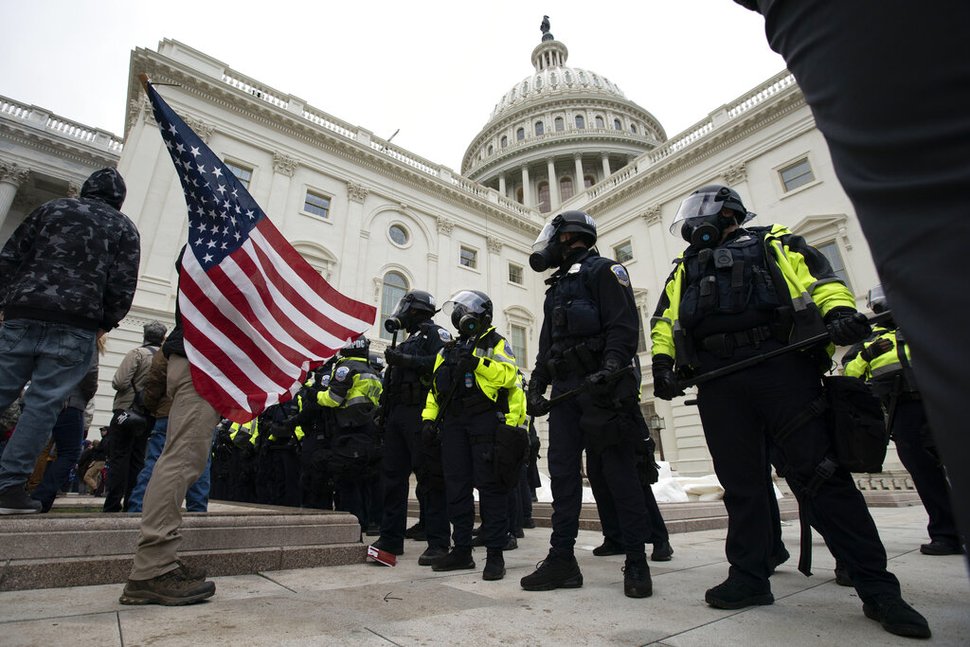 Two US Capitol Police officers have been suspended as a result of their actions during last week’s assault on US Capitol, with at least 10 more are under investigation for their behaviour.

Tim Ryan, a Democratic senator of Ohio, said on Monday January 11, that one of the officers took a selfie with someone and the other put on a “Make America Great Again” hat during the riots.

He said the Capitol police were looking at everybody involved that could have potentially facilitated the incursion “at a big level or small level in any way”.

According to him, they don’t want an officer working on Joe Biden’s inauguration “who was not doing the job on the January 6 event”.

A spokesperson for the congressman also said at least 10 other Capitol Police officers are being investigated for their roles in the riot.

She said the department “has been actively reviewing video and other open-source materials of some USCP officers and officials that appear to be in violation of Department regulations and policies. Our Office of Professional Responsibility will investigate these behaviours for disciplinary action, up to, and including termination. Several USCP officers have already been suspended pending the outcome of their investigations.”

Hundreds of Trump supporters overwhelmed law enforcement officers to storm the Capitol building on Wednesday, January 6 during certification of the US election results, leading to the deaths of five people.