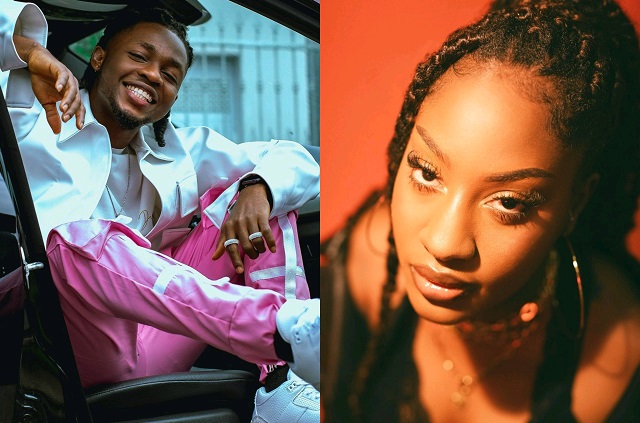 A Ugandan court has ordered the release of two fast-rising Nigerian singers, Omah Lay and Tems, from detention.

This is coming three days after they were arrested in Uganda for allegedly flouting COVID-19 guidelines.

It was that they were arrested after their performances at The Big Brunch, which held at Speke Resort, Wavamunno Rd, Kampala, Uganda.

Court documents confirming their release were shared by Ugandan celebrities and media organisations on Tuesday.

In the documents, Okumu Jude Muwone, the presiding judge who is the Chief Magistrate of Makindye, said charges against the Nigerian singers have been dropped.

The release order for Omah Lay read, “Whereas the accused persons Stanley Omah Didia and Muyiwa Awoniyi were charged with the offence of negligent act likely to spread of infectious disease Section 171 of Penal Code Act.

“The charges against the accused Stanley Omah Didia and Muyiwa Awoniyi has been withdrawn against them by Vide Withdrawal Form Serial No, 4292 dated December 15, 2020.

“This is to direct you to release Muyiwa Awoniyi and Stanley Omah Didia the said accused persons from your custody forthwith unless held on other charges.”

Earlier, the Chairman of Nigerians in Diaspora Commission, Abike Dabiri, gave a hint that the arrested singers would return to Nigeria soon.

“I received Marshall and Valentine, working with ⁦@Omah_Lay ⁩ and Tem’s record label. The good news is that they will soon be back,” she tweeted.

I received Marshall and Valentine , working with ⁦@Omah_Lay⁩ and Tem’s record label. The good news is that they will soon be back. pic.twitter.com/Z1YgOhFk7j