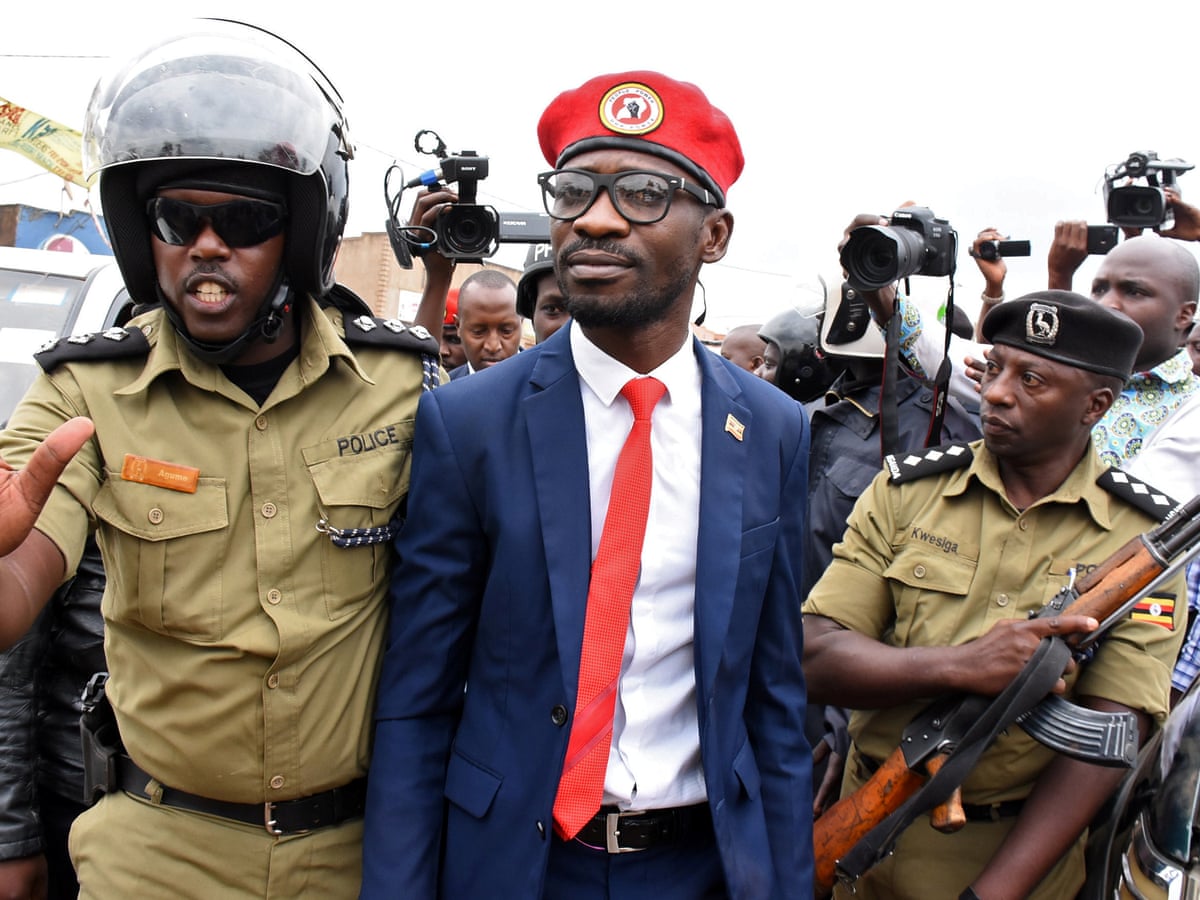 Ugandan presidential candidate, Bobi Wine, has been arrested along with his campaign team.

The arrest comes days after Wine announced the ‘murder’ of a member of his security team, Francis Senteza Kalibala.

Wine who is a Member of Parliament representing Kyadondo County East constituency alleged that Kalibala was run over by a “military-police truck.”

“I regret to announce the murder of my security team member Francis Senteza Kalibala aka Frank,” he wrote on Twitter.

“He was deliberately run over by a military-police truck, No. H4DF 2382 which blocked us in Busega on our way to Rubaga to get Kasirye Ashraf emergency medical attention.

In an interview with CNN’s Christine Amanpour, a few weeks ago, Wine opened up on the challenges his presidential ambition has been facing.

The musician turned politician who is running against incumbent President Yoweri Museveni said he faced assassination attempts and that he has been prevented from his rights as a citizen.

He also said that there is no level playing field in the coming election in Uganda.

He said, “I’ve survived two assassination attempts in the last two weeks where bullets have been shot in my car and on the tires and the windscreens.”

He added, “That’s the ground that President Museveni calls level.”

Afenifere has not endorsed Tinubu, Bakare for 2023 presidency –Odumakin