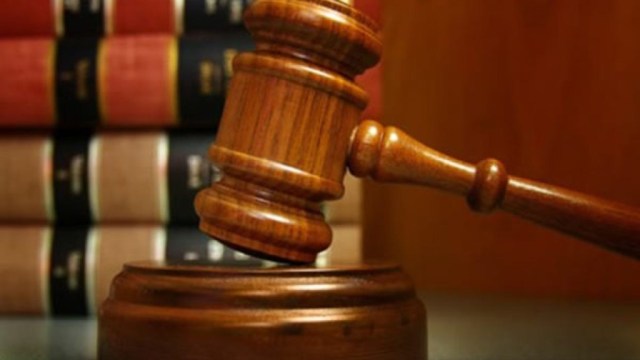 The Abuja division of the Court of Appeal on Friday temporarily suspended the execution of the judgment of the Federal High Court in Port Harcourt stopping the Federal Inland Revenue Services (FIRS) from collecting Value Added Tax (VAT) and Personal Income Tax (PIT) in Rivers State.

The appellate court specifically ordered parties to the legal dispute to refrain from giving effect to the judgment pending the hearing of the motion filed by the FIRS for an order staying the execution of the judgment.
Meanwhile, the court has adjourned till September 16 to hear the application by Lagos state government seeking to be joined in the dispute.
Justice Haruna Tsanami who led the three-member panel ruled that it was for the overriding interest of justice for the parties who submitted themselves before the court not to take further steps that would destroy the res.
It is hereby ordered that status quo ante belium should be maintained pending the hearing of the motion.
The court has ordered the appellant to file and exchange their processes in the motion for joinder filed by Lagos state just as the respondents were equally given two days to respond.

Justice Stephen Pam of the Federal High court, Port Harcourt had in his judgment, held that it is the Rives State Government that should collect VAT and PIT henceforth in the state.

The court also issued an order of perpetual injunction restraining the Federal Inland Revenue Service and the Attorney General of the federation, both first and second defendants in the suit, from collecting, demanding, threatening and intimidating residents of Rivers State to pay to FIRS, personnel income tax and Value Added Tax.

The Court, which granted all the eleven reliefs sought by the Rivers State Government, stated that there is no constitutional basis for the FIRS to demand for and collect VAT, Withholding Tax, Education Tax and Technology levy in Rivers State or any other State of the Federation, being that the constitutional powers and competence of the Federal Government is limited to taxation of incomes, profits and capital gains which does not include VAT or any other species of sales, or levy other than those specifically mentioned in items 58 and 59 of the Exclusive Legislative List of the Constitution.

Before the judge dismissed the preliminary objections filed by the defendants that the Court lacks jurisdiction to hear the suit and that the case should be transferred to Court of Appeal for interpretation.