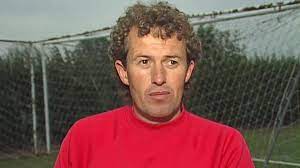 Eight men who sued English Premier League club Manchester City after complaining of being abused by a paedophile coach more than 30 years ago on Monday lost a court fight for damages.

The men, in their 40s and 50s, said Barry Bennell, now 68, abused them when they were playing schoolboy football for teams he coached in northwest England between 1979 and 1985.

The former youth coach is serving a long prison sentence after being convicted in recent years of numerous sexual offences against children.

The men claimed that Bennell was a scout for City when they were abused and argued the relationship between him and the club was “one of employment or one akin to employment”.

City said Bennell was a local City scout in the mid-1970s but not when the men were abused.

But Judge Jeremy Johnson ruled against the claimants at the High Court in London on Monday.

He said the connection between the abuse and Bennell’s relationship with City was insufficient to give rise to “vicarious liability”.

“The relationship gave Bennell the opportunity to commit the abuse, but MCFC had not entrusted the welfare of the claimants to Bennell,” he said.

“It follows that it has not been shown that MCFC is legally responsible for Bennell’s acts of abuse.”

But he told the judge that he had “always used and exploited” his previous connections with City for his “own benefit”.

Lawyer David McClenaghan, who represented the men, said there would be an appeal, stating that his clients were “shocked and dismayed” at the court decision.

“Despite the judge accepting that there was a connection between Bennell and Man City and that he was scouting for them, coaching their feeder teams and helping to organise trial games for them, the club has escaped liability on a technicality,” he said.

A Manchester City spokeswoman said it would be inappropriate to comment in detail in light of the intention to appeal.