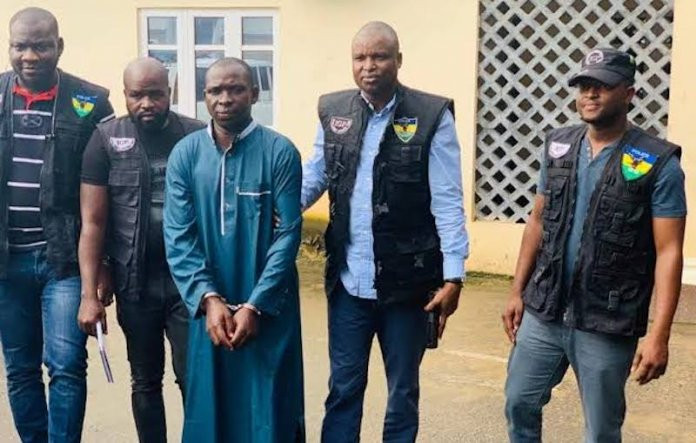 The trial of the alleged Taraba State kidnap kingpin, Hamisu Bala, otherwise known as Wadume, will resume at the Federal High Court in Abuja on Wednesday.

It was learnt that the prosecution would, at the resumed hearing on Wednesday, present its seventh witness before Justice Binta Nyako.

This is coming after the sixth witness, Bala James, an Assistant Superintendent of Police, concluded his testimony on October 13.
Wadume and six others are being prosecuted on 13 counts of kidnapping, escape from custody, gunrunning, detention of kidnap victim Usman Garba, and collection of a ransom of N 106m from the victim before releasing him.

Apart from Wadume, the rest of the defendants are Inspector Aliyu Dadje, who was a station officer at police headquarters in Ibi, Auwalu Bala, aka Omo Razor , Uba Bala ( aka Uba Belu ); Bashir Waziri, ( aka Baba Runs ); Zubairu Abdullahi ( aka Basho ); and Rayyanu Abdul.

Wadume was first arrested in Ibi , Taraba State, by members of the Intelligence Response Team of the Inspector -General of Police on August 6, 2019, before soldiers led by Captain Tijjani Balarabe aided his escape from the custody of the policemen conveying him to Abuja.

The Captain Balarabe-led troops attached to the 93 Battalion in Takum , Taraba State, had allegedly shot at the policemen who were conveying Wadume to Abuja shortly after arresting the prime suspect in Ibi, Taraba State on August 6, 2019.

The soldiers were said to have killed three policemen and two civilians while five others were wounded in the attack aimed at freeing Wadume from police custody.

The Attorney – General of the Federation, Mr, Abubakar Malami ( SAN ), removed the names of the soldiers as defendants from the case within days of taking over the case from the police in July 2020.

Earlier testifying as to the fourth prosecution witness in the case, a member of the IRT of the IGP office, Inspector Samuel Habila, said Wadume escaped with gunshot wounds to Kano after soldiers aided his escape from the police on August 6, 2019.

kidnap suspect was rearrested in an investigation -led operation at his uncle, Rayyanu Abdul’s place in Kano on August 20, 2019.