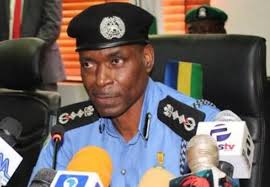 The Inspector-General of Police, Mr. Mohammed Adamu, on Tuesday said the Nigerian Police Force would never again tolerate any form of violent protests in the country.
He also observed that the # EndSARS protests were targeted at the Nigerian government, adding that the demands of the protesters had been met long ago by the government as it concerns the reformation of the Special Anti- Robbery Squad.

The IG spoke during his visit to the Ebonyi State Police Command on Tuesday.
He said, “ The protests were not against the police, but the Nigerian government. But the demands of the protesters were already met; yet, they went about destroying national assets, without remorse.

“ The Nigerian Police will never again tolerate and accept that kind of violent protests in this country. Your protest must be peaceful and the moment it’s becomes violent, you will be met with maximum force.

Speaking earlier, the Commissioner of Police in the state, Mr. Phillip Maku , said the command did not have records of police brutality and extrajudicial killings, “ but it was badly hit, during the #EndSARS
protests .”

Maku said , “ About 20 vehicles were burnt, among which were five police operations vans . Five police officers were killed and about 14 sustained varying degrees of injury and five police stations were burnt