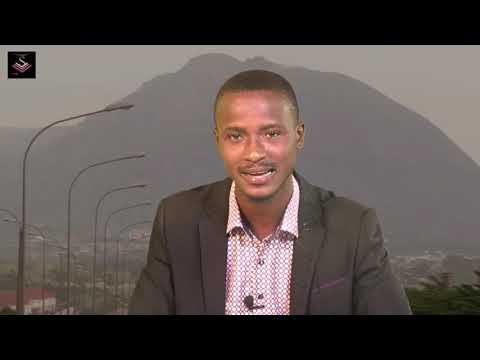 Over 13,000 Projects Abandoned in Niger Delta

The Minister of Niger Delta Affairs, Senator Godswill Akpabio has said the Forensic Audit Report of the Niger Delta Development Commission (NDDC) indicated that there are over thirteen thousand abandoned projects within the region.

Senator Akpabio said this in Abuja on Thursday when he submitted the report of the forensic audit to President Muhammadu Buhari through the Attorney General of the Federation and Minister of Justice, Abubakar Malami (SAN).

Akpabio added that the exercise was not a witch-hunt, but to ensure that the huge sums of funds allocated for developing the region are put to good use.

The President has directed that the report of the forensic audit on the NDDC be forwarded to the Federal Ministry of Justice for necessary action.

The Lagos State Government has announced plans to commence the demolition of structures along the Right of Way of the roundabout in the Ikorodu area of the State.

The State Commissioner for Transportation, Dr Frederic Oladeinde, made the announcement in a statement on Thursday, in which he revealed that the demolition exercise would be conducted on Monday and Tuesday next week, in preparedness for the improvement traffic diversion plan slated for the midnight of September 17.

Oladeinde explained that the demolition would be executed in phases, to ensure the safety of the motoring public, as well as the contractors on site.

The commissioner, while stating that the demolition would not impede on traffic flow, said alternative routes have been made available to reduce the pressure that may occur during the exercise. He said that the need is to sensitize motorists ahead of the full commencement of the project that would last eight months, and urged the residents in the area to cooperate with the state government to ensure the successful execution of the project.

UNICEF on Thursday said it was horrified by yet another attack on a school in Nigeria, following the abduction of scores of students from Government Day Secondary School Kaya in Maradun Local Government Area of Zamfara State and called on the authorities to take expedited action to rescue the students and reunite them with their families.

The Zamfara State Police Command while confirming the news, described the return of five of the students as unconditional and safe rescue, and also assured residents that the remaining abducted students will return safely to their families.

Meanwhile, the Zamfara State Government has ordered the immediate closure of primary and secondary schools due to the worsening state of insecurity.

A total of 631 new cases of COVID-19 were reported from 19 states and the Federal Capital Territory (FCT) on Thursday.

The Nigeria Centre for Disease Control (NCDC) confirmed this on Friday while giving an update on the outbreak of the disease in the country.

Of the new cases reported on September 2, Lagos has the highest cases of 172 representing about 27 per cent of the total single-day tally.

As Nigeria battles the third wave of the pandemic, the agency said that eight more people have died of complications related to the disease, and in its resolve to attain herd immunity against the virus, the Federal Government has received more donations of vaccines from various international bodies.

The Nigerian National Petroleum Corporation (NNPC) on Thursday maintained that the existing price differential between the amount petrol is sold in Nigeria compared to its neighbouring countries remains a major incentive for smuggling of the commodity across the borders.

A statement by the NNPC spokesman, Garba Muhammad, quoted the Group Managing Director, NNPC, Mele Kyari, to have said this during a presentation at an interactive session with the Joint Senate Committee on the 2022-2024 Medium Term Expenditure Framework (MTEF) and Fiscal Strategy Paper (FSP).

The NNPC boss noted that concerted efforts by the corporation and some federal agencies to combat the menace of smuggling of petroleum products have been largely hampered by the current arbitrage situation.

The Japanese Prime Minister, Yoshihide Suga, who has been in the position for less than a year, announced on Friday that he would not run for his party’s leadership later this month, effectively ending his tenure as prime minister.

Suga’s decision not to participate in the leadership race on Sept. 29 comes as he faces record-low approval ratings, largely over his handling of the COVID-19 pandemic and the Tokyo Summer Olympics, as he addressed newsmen on Friday afternoon, that he wanted to focus on managing the pandemic rather than running a re-election campaign, further stating that he will step down on September 30.

Suga’s departure will leave the race for Japan’s next prime minister wide open.

Former Arsenal boss Arsene Wenger has called for the World Cup to be held every two years in an interview with French sports daily L’Equipe published on Friday.

The 71-year-old Frenchman, who is now director of development at FIFA, also called for a single annual period of international qualifiers in a global football calendar.

Wenger said he would like to see a single international window, perhaps in October, with fewer qualifying matches, as he stated that what people want today are high-stakes, easy-to-understand competitions, insisting there is no financial intention behind it.