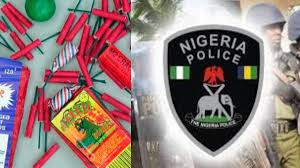 The Commissioner of Police in Delta State command, Mr. Hafiz Inuwa, has said the use of fireworks remained banned during the yuletide celebrations.

He warned that violators would be arrested and prosecuted by the command.

Inuwa, in a statement signed by the Command’s Public Relations Officer, Onome Onovwakpoyeya, on Sunday, directed Divisional Police Officers across the state to arrest sellers of the fireworks, including ‘knock-out’ and ‘banger’.

The statement advised parents to warn their children and wards to desist from the use of the products, stressing that the law will take its course for anyone arrested by the command.

“Parents/guardians are therefore advised to warn their children/wards to desist from the use of fireworks. Retailers of such goods are equally warned to withdraw from the sales of these products as anyone arrested will be prosecuted,” the statement said.