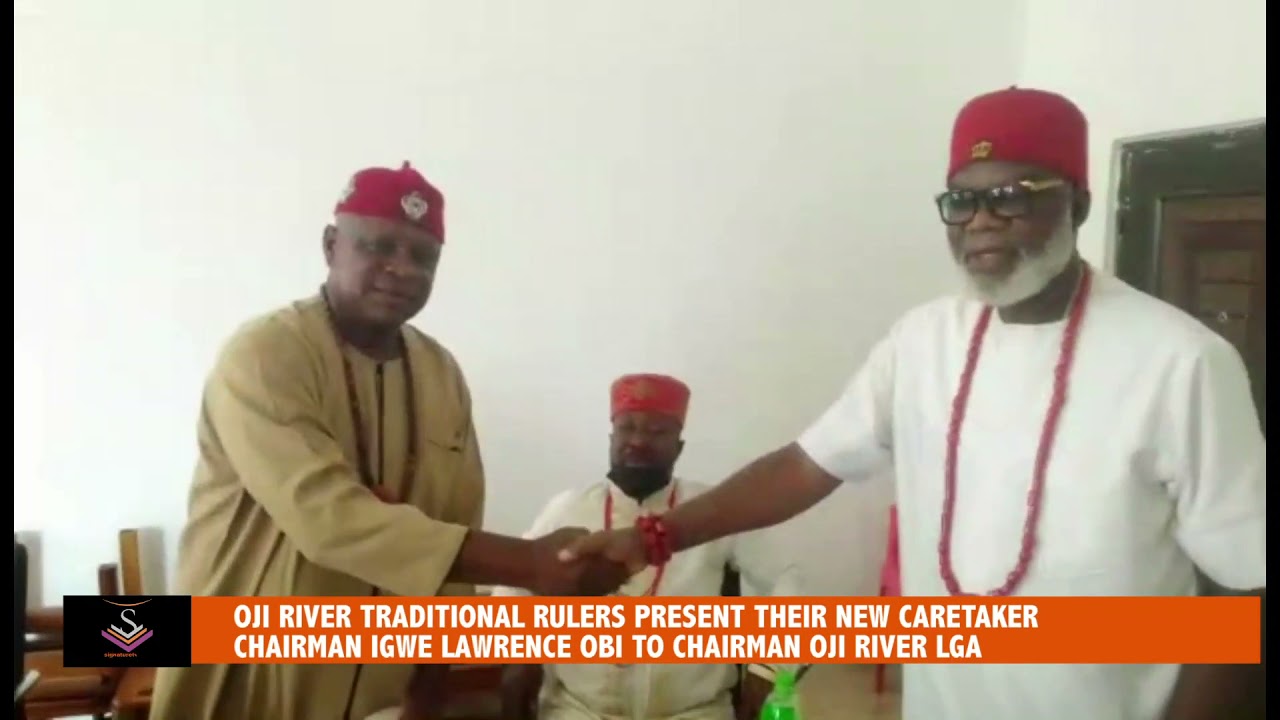 Receiving the new Chairman and some his colleagues in his office he thanked them for the peaceful and democratic way they took in electing a new Chairman.
He said Traditional Rulers as Father’s of the LGA and custodians of the culture and tradition of the people need to partner with Government to deliver dividends of democracy to the citizens.

He promised that he was ready at all times to work with the Royal Fathers for the good of the Local Government.
Earlier the Traditional Ruler of Adu Achi, Igwe Sunday Orah said they were in his office to brief him on the change that had taken place in the leadership of the Traditional Rulers Council and to pledge their unalloyed loyalty and support to the Local Government and the Government of Rt Hon Ifeanyi Ugwuanyi