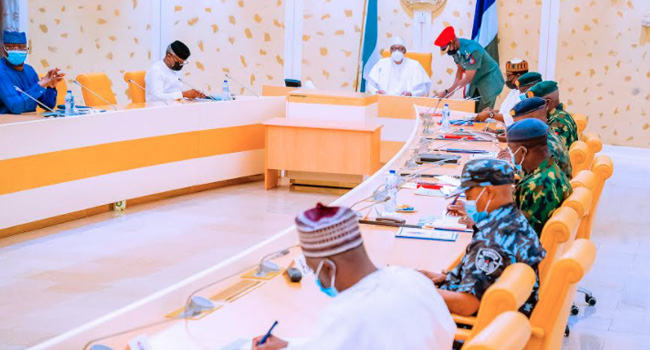 President Muhammadu Buhari is currently presiding over a Security Meeting at the Statehouse in Abuja.

The meeting is taking place at the First Lady Conference room as renovations in the Council Chambers is still ongoing.

The acting Inspector-General of Police, IGP, Usman Alkali is also in attendance.