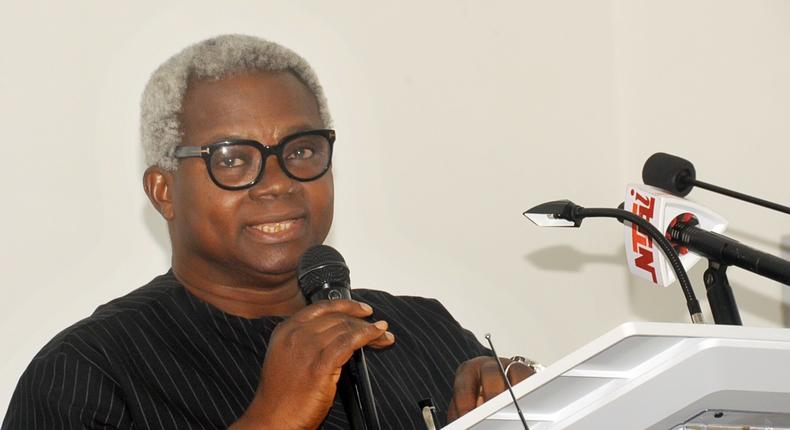 All Progressives Congress APC Chieftain and Director-General of Voice of Nigeria (VON), Osita Okechukwu has urged President Muhammadu Buhari to lend full support to the South-East zone in producing the party’s presidential flagbearer in 2023.

Okechukwu, made this charge over the weekend, stressing that such support from the party’s national leadership and President Buhari should count among legacies the APC and Buhari led government laid down towards solidifying the unity of the country.

Rivers State Governor, Nyesom Wike has declared 19 persons wanted for allegedly owning illegal crude oil refining sites in the state.
The governor recently declared war on all activities responsible for the environmental pollution in the State.

The governor also directed the Rivers State Head of Service to query a Director in the Ministry of Energy, Temple Amakiri, for abetting bunkering activities and hand him over to the police for investigation and possible prosecution.

Wike, in a state broadcast on Sunday, said the state government had resolved to pragmatically tackle the soot pandemic by destroying and closing down all identified illegal crude oil refining sites and activities in the State.

ECOWAS Countries to Shut All Borders Against Mali

Leaders of member states in the Economic Community of West African States (ECOWAS) have shown strong resolve and commitment to issues of good governance and democracy in the sub-region.

Prof. Yemi Osinbajo stated this on Sunday in Accra, Ghana, where he represented President Muhammadu Buhari at an Extraordinary Summit of the ECOWAS Authority of Heads of State and Government to discuss the political situation in the Republic of Mali.

At the Summit on Sunday, ECOWAS agreed to impose additional sanctions on the military junta in Mali, withdraw all ECOWAS Ambassadors in the country, and also close land and air borders between the ECOWAS Member States and Mali.

The Vice President disclosed that there was a strong resolve by the ECOWAS Member States to stand against coup d’états in the sub-region, adding that the sub-regional leaders rejected the transition schedule proposed by the Malian military junta.

The Senate Committee on Public Accounts has beamed its searchlight on alleged fourteen-point seven-billion-naira privatization proceeds from the defunct Power Holding Company of Nigeria (PHCN) hidden in a commercial bank account by the Bureau of Public Enterprises (BPE).

The hidden proceeds were discovered by the Office of Auditor General of the Federation and issued a query to that effect in the 2017 Audit Report which is presently being investigated by the Senate Committee on Public Accounts.

In the report, the auditor general alleged that as of 31st December 2016, BPE in separate accounts in Fidelity and Stanbic IBTC Banks warehoused a total of fourteen point seven billion naira as part of proceeds from PHCN Privatisation which was carried out in 2013.

Cameroon kicked off the Africa Cup of Nations with a comeback 2-1 win over Burkina Faso on Sunday, with captain Vincent Aboubakar converting two spot-kicks in Yaounde.

Burkina Faso, who was without manager Kamou Malo and six players who tested positive for Covid-19, gave away two clumsy penalties after Gustavo Sangare had silenced the home crowd, at the newly-built Olembe Stadium, with the first goal of the game.

The opening game was preceded by a colourful opening ceremony, against the background of frenzied preparations to get the 24-team tournament ready in time.