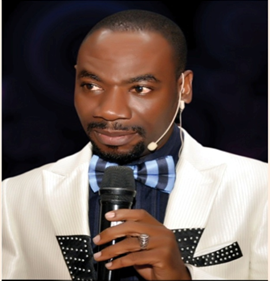 NEWS
The Nigeria Association of Women Journalists (NAWOJ)  says Human Right Radio presenter, Ahmed Isah (A.K.A. ordinary president), must apologise for physically assaulting a lady on a live Radio/TV programme.
https://youtu.be/1GOJ0GkKnZc
Courtesy Sahara TV
“NAWOJ as a body of responsible women journalists that holds strongly to the ethics of the journalism profession, is of the strong view that the action of Ahmed Isa, is to say the least, negates the basic principle of professional conduct and totally against known ethical standards of broadcasting.
“From the trending video, it is clear that Ahmed Isa constituted himself into an authority in the administration of justice wherein he charged his victim, tried, convicted and went ahead to administer the punishment as defined and prescribed by him alone. These are powers that neither the Judiciary nor the Executive arm government does not possess.
“Having taken time to watch and analyze the trending and very disturbing video contextually, NAWOJ hereby demands an unreserved public apology and possibly compensation from Ahmed Isa to the assaulted and brutalized lady.
“NAWOJ believes that a crime cannot be used to justify another crime on the premise of carrying out an investigation that is totally alien to the provisions of the law in any material particular and journalism practice whatsoever”.
In the video clip Ahmed Isa was seen interrogating “the poor lady clearly showed how he not only assaulted her but seriously dehumanized her and reduced her self-esteem to an unacceptable low level of human dignity in spite of her admittance of an alleged crime and equally showed remorse”.
“Pointedly put, the action of Ahmed Isa completely negates and contradicts what the Human Right station represents.
“While NAWOJ appreciates and commend the radio station in promoting Human Right issues, it is however of the view that no one should be allowed to assume that he/she is above the law no matter their position of influence in the society.
“NAWOJ therefore stresses the need for the nation’s security agencies to be allowed to do their job and not individuals taking laws into their hands.
“In this wise,NAWOJ insists that the overbearing posture of Ahmed Isa, who is the presenter of the “Berekete Family” must be checked and put under control in the interest of civility and the society.
“Similarly, the association recommends  that the dastardly abuse meted on the innocent child by the lady should also be subjected to the provisions of the law and where found culpable, she should be made to face the full wrath of the law.
“NAWOJ says “TOTAL NO” to any form of child abuse and violation of any human dignity no matter the issue at stake”.
Share this story