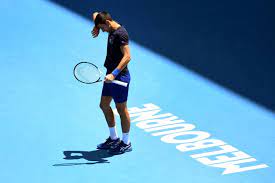 Novak Djokovic on Wednesday admitted “errors” in his travel papers and in his behaviour after a claimed coronavirus infection as he battled to stay in Australia and fight for a record 21st Grand Slam.

World number 1 said his team had offered fresh information to the Australian government, which is pondering whether to cancel his visa, again, and throw him out of the country.

The Serbian star flew into Melbourne a week ago claiming a vaccine exemption because of a positive PCR test result on December 16.

Border agents rejected his exemption saying a recent infection did not qualify, tore up his visa and placed him in a detention centre.

But the vaccine-sceptic Djokovic’s high-powered legal team dramatically overturned the visa decision in court on Monday on a procedural matter related to his airport interview.