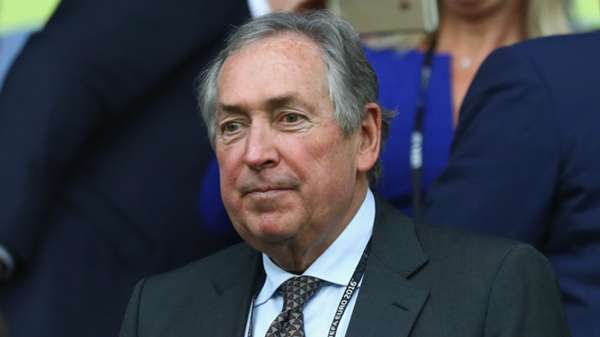 Former Liverpool and Lyon manager Gerard Houllier has died at the age of 73, according to reports in France.

It was reported that the Frenchman, who also worked with Aston Villa and Paris Saint-Germain in his coaching career at club level, passed away in the early hours of Monday morning.

Houllier will be best remembered for the six years he spent at Anfield between 1998 and 2004.

He was initially appointed by the Reds as joint-manager alongside Roy Evans but quickly took the reins by himself on Merseyside.

League title glory proved elusive for Liverpool under Houllier’s stewardship, but he did deliver six pieces of silverware.

Five of those honours were secured in a memorable 2001, with the Reds enjoying a remarkable run on the trophy front.

Liverpool had made their move for a highly-rated tactician after seeing him spend several years working within the France national team set-up.

After initially operating as an assistant to Michel Platini with Les Bleus, Houllier oversaw a dramatic qualifying campaign that saw a star-studded French side fail to qualify for the 1994 World Cup.

He resigned on the back of that disappointment and went back to working with youth teams.

Liverpool eventually came calling, luring him into a senior dugout once more, and Houllier’s final coaching post would also be filled in England at Aston Villa.

Prior to joining the Villans in September 2010, two years had been spent back in his homeland at Lyon – who he led to back-to-back Ligue 1 title triumphs.

Those successes took his tally of French league titles to three, with his account having been opened with Paris Saint-Germain in 1985-86.

That win was the first in PSG’s history and helped to push Houllier – who had never been a professional in his playing days – into contention for top jobs around the world.

He was awarded the Legion d’honneur for his services to French football in 2002, along with an honorary OBE for his efforts in England.

Houllier also landed the European Coach of the Year prize in 2001 and will be held in the highest regard by all of those who worked under and alongside him over the course of a distinguished career.