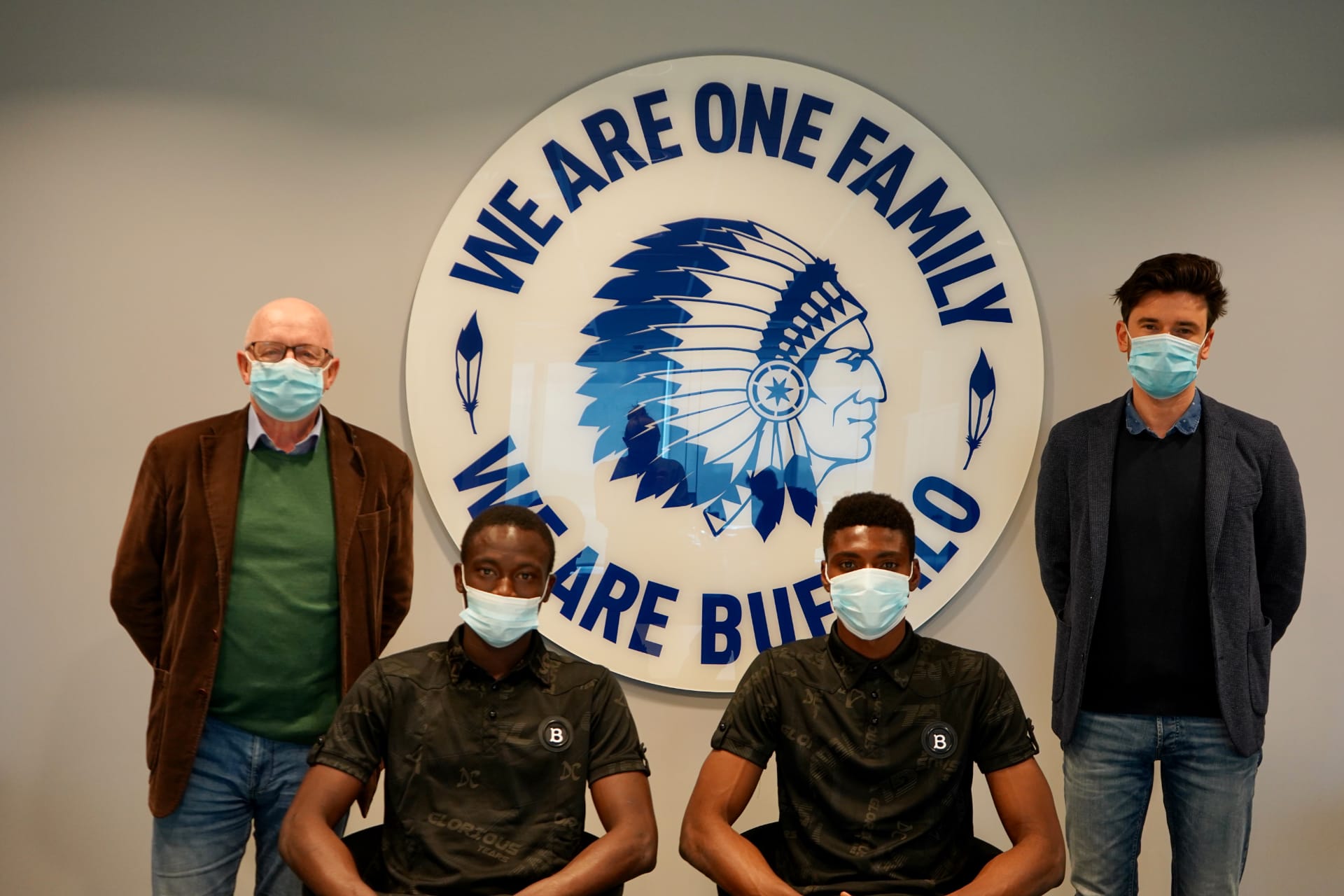 The pair was scouted by the club’s former players and the Nigerian Football federation Technical Director Augustine Eguavoen and Marc Clarysse, a report on the club’s website stated.

The details of the contract signed by both players was however not disclosed, they penned a one-year deal with an option of another.

“Adewale Oladoye and Emeka have their first professional contract,” the club said in a statement.

“They will have the opportunity to mature with the reserves team, and now and then train with the first team.”

Oladoye, 20, a defensive midfielder was a member of Nigeria’s U-20 squad to the WAFU B U-20 Championship in Porto Novo, Benin Republic last December, while Emeka, a striker was also part of the squad, but missed the tournament due to injury.

South Africa lose in Sudan to miss out of AFCON