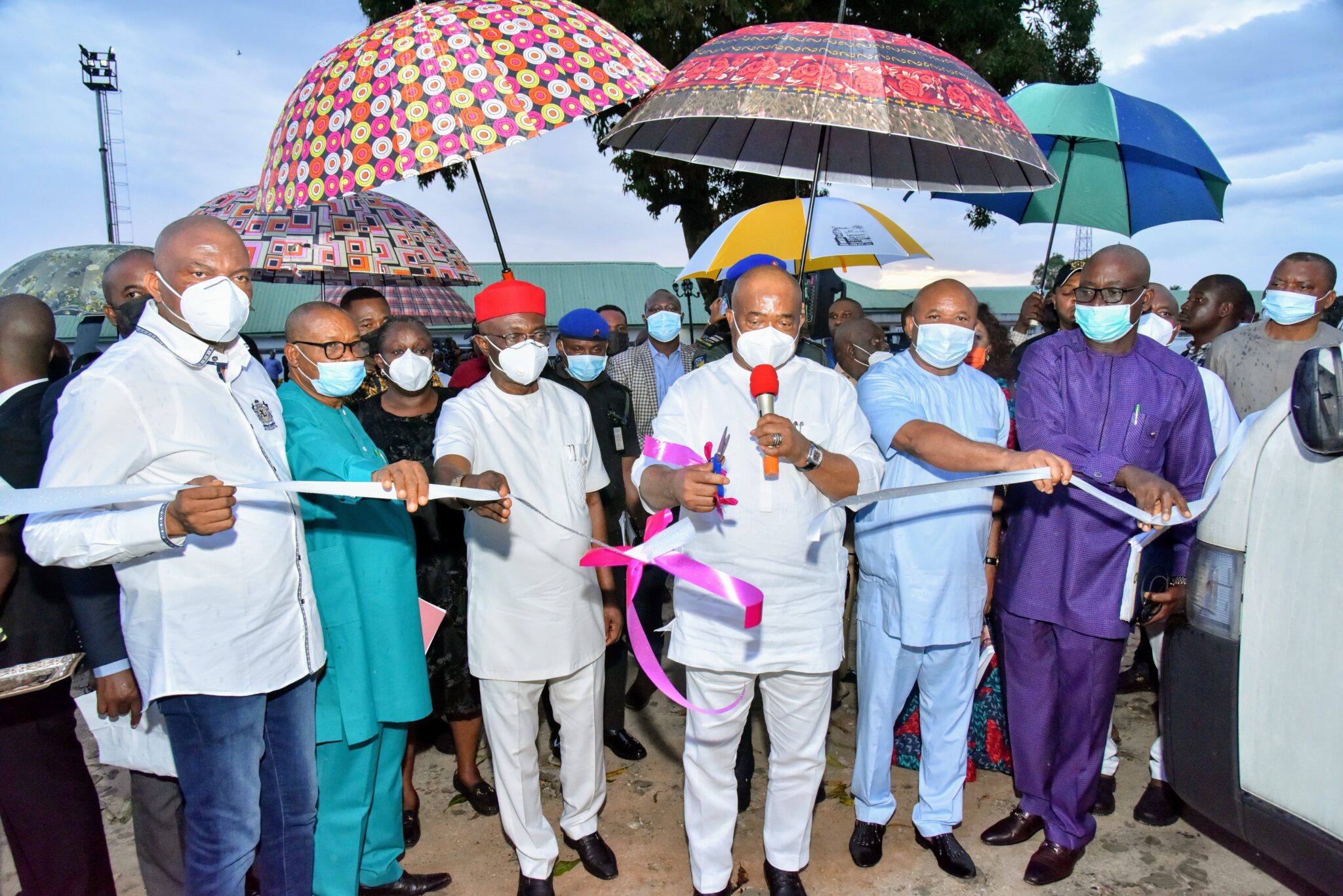 Imo State Governor Hope Uzodimma  has assured ministries, departments and agencies of government of his administration’s readiness to support them discharge their duties effectively.

The governor gave the assurance on Monday while flagging-off the distribution of 19 Toyota Hiace Buses to Ministries, Departments and Agencies in Imo State to enhance the performance and activities of their personnel.

According to a statement, issued by Chief Press Secretary and Media Adviser to the Governor, Oguwike Nwachuku, the vehicles are meant to appreciate those establishments that are really productive.

The Governor said the vehicles are fitted with tracking-system devices of world class standard and speed-limits that will help check the excesses of reckless drivers.

He promised to continue to encourage other sectors of the government that are doing well, saying his government prioritize hard work and competence.”

One of the recipient of the Governors’ goodwill, the Vice Chancellor of  K. O. Mbadiwe University, Prof Ikechukwu Dozie thanked the Governor for his benevolence and encouragement

He  prayed God to continue to sustain the Governor and all those working with him so that they will continue in their efforts towards delivering the dividend of democracy to Imo people.

Others are Local Government Service Commission, Secondary Education Management Board, the Office of the Secretary to Government of Imo, Ministry of Women Affairs and Vulnerable Groups among others.