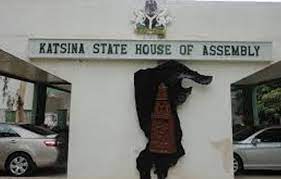 The Katsina State House of Assembly has on Wednesday passed into law the children access to basic education bill.

This followed the adoption of the recommendations of the house committee on education after the third reading of the report on the floor of the legislature.

The Speaker, Rt. Hon. Tasiu Musa Maigari while announcing the resolution of the house, directed the clerk to forward a clean copy of the bill to the Governor for his accent.

Earlier, the house leader, Hon Abubakar Sulaiman Abukur presented the bill for the third reading that led to its passage by the house.

Meanwhile, the house has prevailed on the executive arm for the construction of two bridges at Karofi and Kuki wards in the Dutsinma local government area of the state.

The member representing the Dutsinma constituency, Hon Mohammed Abubakar Hamisu tabled the motion before the house.

Similarly, the house requested the executive arm to renovate the Jibia General Hospital to make it habitable.

After the house unanimously adopted the motion, the Speaker directed the clerk to forward the resolution of the house to the executive for implementation.