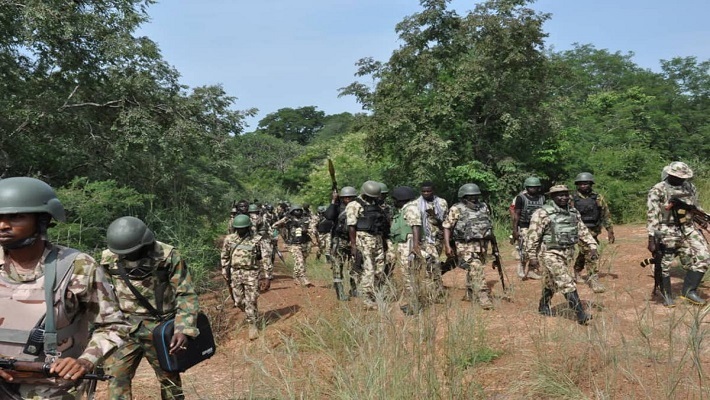 The Nigeria Army on Sunday said none of its soldiers was killed during any gun battle stemming from a disagreement over gold nuggets in Magama Village in Jibia Local Government Area of Katsina State.

In a statement, army spokesman, Brigadier General Onyema Nwachukwu, urged members of the public to disregard reports suggesting that two soldiers and seven miners were killed during a gun duel arising from rifts over gold.

General Onyema described the publications as “baseless, unfounded, untrue and a mere figment of the writer’s imagination, aimed at tarnishing the reputation of the Nigerian Army”.

He stressed that no Nigerian soldier was killed nor involved in any skirmish with illegal miners in Magama village on January 5 as was reported.

Reports had claimed that the incident occurred when the soldiers turned down an initially agreed offer of N500,000 per pit from the miners, but afterward, turned around to demand more money on discovering the large quantum of gold nuggets found by the illegal miners in one of the pits.

However, General Onyema while debunking the reports said the troops deployed in the North West were committed and engrossed in the fight against banditry and other criminalities bedevilling the region.

He added that soldiers deployed to fight insurgents were never permitted to participate in any form of mining, whether legitimate or illegitimate.