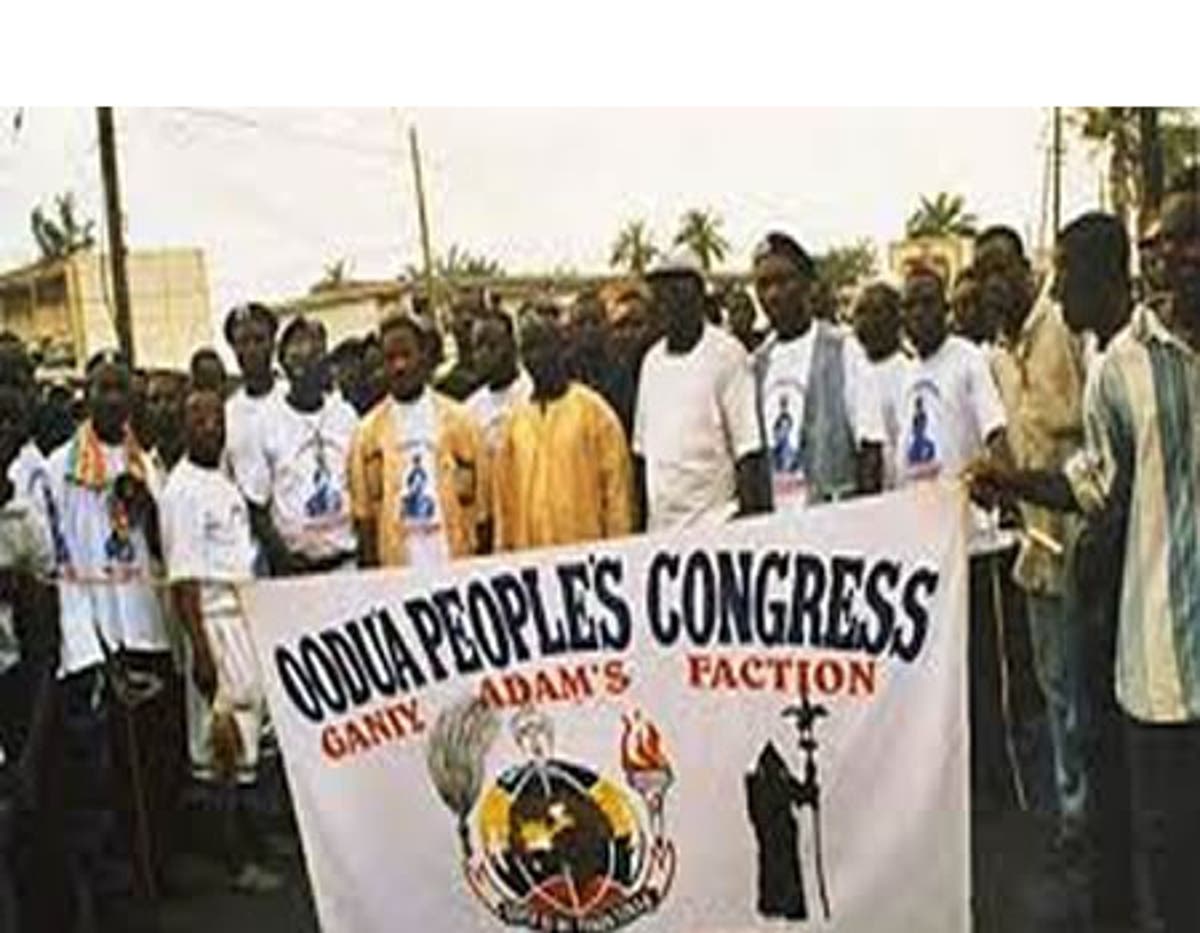 OODUA Peoples Congress (OPC) has called on governors of the South East to support the Eastern Security Network (ESN) like their South West counterparts embraced the Operation Amotekun.

National Coordinator of OPC and the Aare Ona Kakanfo of Yoruba Land, Gani Adams, said the new security initiatives would help in stamping out criminality, especially the dangerous wave of armed herdsmen, banditry, kidnapping and other vices, threatening the regions.

In a statement, yesterday, by the Publicity Secretary of OPC, Mr Yinka Oguntimehin, OPC also endorsed Amotekun security initiative, saying, with the level of commitment exhibited so far in Oyo and Osun states, Amotekun would soon rid the region of bad elements, including killer herdsmen and kidnappers.

On this note, the Yoruba militia group said it was imperative of the South East region to step up its commitment to ESN. OPC lauded Governors Seyi Makinde of Oyo and Gboyega Oyetola of Osun for their commitment towards ending insecurity in their states.

“We need to commend the leaders of the group for their commitment to the South West. It is obvious that the South-West security outfit has all it takes to flush out the bad elements in the region. Last year, Amotekun corps intercepted 14 Almajarai hidden in a container in Osun,” OPC said.

The Almajarai, according to reports, hid in the container of a moving vehicle at Ikire, Irewole Council of Osun State, when the corps stopped them at a checkpoint and forced the driver to open the container.

“Their recent feat in Iddo was also commendable, however, I am using this opportunity to call on the South-East governors to back ESN to come up with a lasting approach like that of the South West to rid the region of criminals masquerading as herdsmen.

“Now that the South West is doing everything necessary to rid the region of criminal elements, the South East remains their next target and destination for destruction. So, it is advisable for the governors of the South-East to adopt a better approach for securing the region using the ESN,” OPC stated

New Service Chiefs Must Not Confine Themselves To Politics – Wike